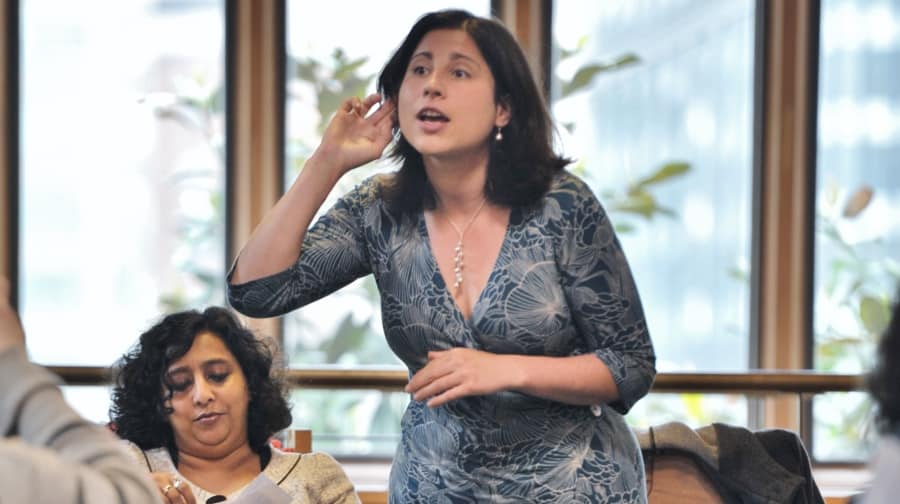 A day after Liberal Democrat grandee Simon Hughes was toppled in the election last week, the head of the party group in Southwark had her own leadership battle to contend with.

Anood Al-Samerai (pictured left) has led the Southwark Lib Dem group since 2010 but at their Annual General Meeting this week there was a challenge for the top spot from Adele Morris, (pictured right),?councillor for Cathedrals ward.

A political source told the News Ms Morris proposed a stronger opposition to the Labour-run council, especially as all three borough MPs are now also Labour.

When it came to the vote, though, Ms Al-Samerai won hands down. “The council group has internal elections for all positions every year as we are a democratic party, which encourages healthy debate,” said Ms Al-Samerai, who boasted 100 new party members locally in the last week alone.

“I am delighted that I was resoundingly re-elected as Leader. There is now even more work to do than ever to continue to hold an arrogant Labour party to account on issues from mental health to affordable homes and these are the battles on which we are focused,” she added.

Adele Morris will continue to serve as a Liberal Democrat ward councillor.