The only London borough with a higher rate of new diagnosis is neighbouring Lambeth, which had 170 new cases, or 62.9 per 100,000 people.

The data was released on December 1, coinciding with World Aids Day, as part of Public Health England’s annual snapshot HIV in the UK 2016

Pan-London diagnosis rates have also raised concerns, with almost half (43 per cent) of all new HIV diagnoses in the UK in 2015 being in London. It’s estimated that 4,420 people in London have HIV but are unaware that they’re affected.

The new data comes just months after it was announced that Southwark CCG would be withdrawing funding from the Terrance Higgins Trust, who’d provided the go-to counselling and advice organisation for people living with HIV in the borough.

Funds have been re-directed into mainstream services such as the Citizens Advice Bureau but staff at Terrence Higgins raised concerns that generalist services would not have the capacity to provide the specialist advice required to people living with HIV.

A spokesperson for Terrence Higgins Trust said: “New statistics from Public Health England show that Southwark continues to be one of the worst-hit areas for HIV in the country. This comes just months after it was sadly confirmed that our HIV specialist advice and counselling services were to be cut in the borough.

“In addition, HIV is a stigmatised and complex condition, and we know that many people living with HIV are worried about stigma, confidentiality and outdated knowledge when dealing with staff in mainstream services. It is therefore concerning that people living with HIV in the borough will no longer have access to specialist services.”

To combat prevalence in the borough, Southwark Council has introduced the award-winning SH:24 web service, which allows people to confidentially order a free home testing kit for a range of STIs, including HIV. The website also offers free sexual health information and advice.

Southwark are also working with neighbouring boroughs on campaigns such as Do It London, which is a city-wide sexual health campaign aimed at increasing HIV testing and promoting safer sex.

Cllr Maisie Anderson, Southwark Council’s cabinet member for public health, parks and leisure, said: “The importance of early diagnosis can’t be overestimated as HIV can now be managed effectively with the right treatments if it is diagnosed early.

“But it is also vital that people take responsibility for their own health by practising safer sex and getting themselves tested.”

National HIV Testing Week: 'We have come a long way from the tombstone AIDS adverts people remember from the 1980s', says Guy's doctor 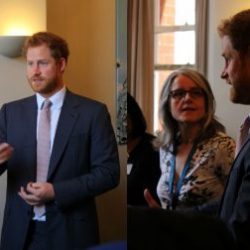 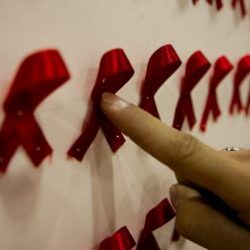