The allotments at CGP London’s Southwark Park venue, The Gallery, were given a £12,000 facelift thanks to Tesco shoppers 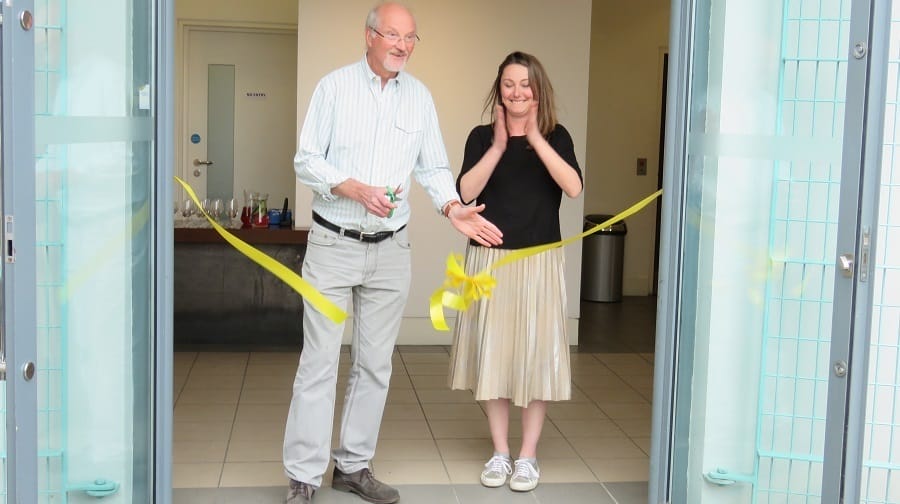 Pat Kingwell, of the Friends of Southwark Park, cuts the ribbon alongside gallery manager Vivien Harland

A Southwark art gallery has had its allotments revamped thanks to Surrey Quays shoppers.

The allotments at CGP London’s Southwark Park venue, The Gallery, were given a £12,000 facelift after Tesco shoppers voted for the project through the supermarket’s Bags of Help scheme.

Pat Kingwell, of the Friends of Southwark Park, cut the ribbon to officially open the allotments on Thursday (March 30).

They feature wheelchair-accessible flower beds, as well as plum, apple, and pear trees.

“The beds are now wheelchair accessible and we can sit out here and have workshops,” said gallery manager Vivien Harland.

“We already have pre-school children and seniors who come and we are hoping to have a variety of workshops that people can sign up for. All of our workshops are free.”

CGP London is an artist-led gallery based across two venues in Southwark Park: The Gallery, and Dilston Grove.

It was founded in 1984 after the Bermondsey Artists’ Group renovated the park’s derelict lido café.