The long-hidden underground station was re-discovered a century after closing. 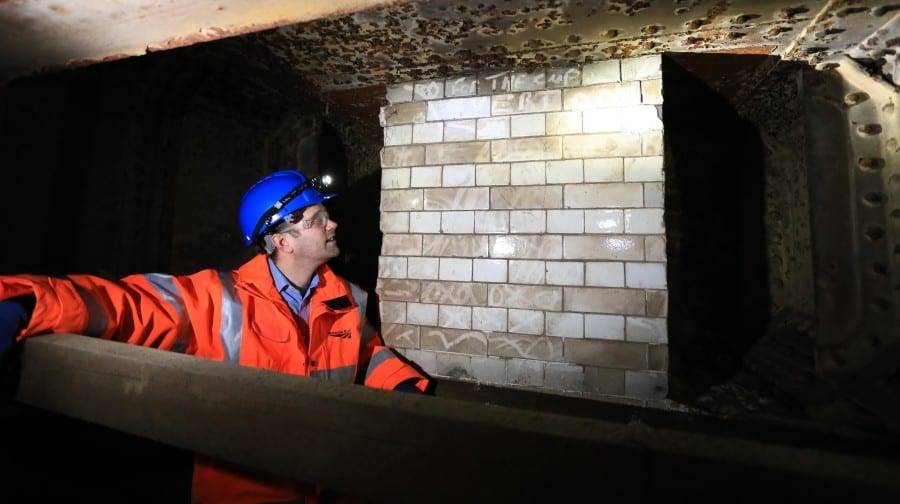 100 years after serving its last passenger, the long-hidden remains of the Southwark Park ‘ghost station’ have been uncovered by Thameslink engineers.

The train station, which was on the Greenwich line between Spa Road station and Deptford station, was perched on a wide aqueduct above Rotherhithe New Road.

It opened in 1902 but was forced to close in 1915 due to competition from trams and buses and the economic impact of World War One.

A century later, the long-abandoned station’s platform has been re-discovered by engineers working on the ‘Bermondsey Dive Under’, a section of the £6.5bn Thameslink Programme.

Project manager Greg Thornett said: “We uncovered the footings for the former platforms while we were preparing the top of the viaduct for new track and we are now working up in the roof space of the former ticket hall to fill in the old sky lights, ready to carry the final track alignment.

“Much of the existing stretch of viaduct will be replaced by the ramps into and out of the new dive under, but the arch that used to house the old booking hall will remain.”

The ‘Bermondsey Dive Under’ will see two Victorian viaducts partially-demolished and rebuilt to allow trains from south-east London and Kent to ‘dive down’ to almost street level during the route.

The station, while only in operation for little over a decade, is renowned in railway history for being the first in the world to boast a signal box.

Initially a policeman stood watch to help control trains navigating the junction between the Greenwich and Croydon lines, but this was soon replaced by a ‘lighthouse’. This light acted as a precursor for the modern signal box.

Simon Hughes, Liberal Democrat candidate for Bermondsey and Old Southwark, said: “The ‘ghost’ station at Southwark Park is a fascinating link with the past. Many may be surprised to hear that two years before this station went out of service in 1915, the Bakerloo line extension was first proposed.

“This discovery should motivate us to push forward and deliver the rail infrastructure our part of London needs for the future. I am proud that Liberal Democrats have been part of the first government to give a proper commitment to the Bakerloo line extension. I am determined to keep fighting to deliver this long-awaited change.”