Stuart Freedman is set to release his latest photobook, ‘The Englishman and the Eel’, by Christmas 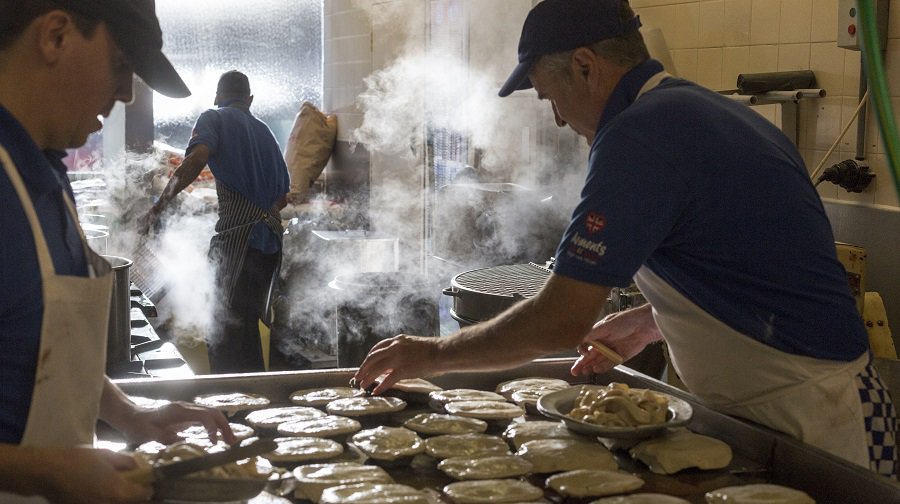 Southwark’s pie and mash shops are set to feature in an award-winning photographer’s latest photobook.

Manze’s, in Peckham, and Arments, in Walworth, were among the shops photographed by Stuart Freedman for ‘The Englishman and the Eel’.

The 50-year-old, who grew up in Dalston, Hackney, decided to explore the culture of London’s “first self-defined working-class restaurants” after returning to his roots.

He focused on the people who occupy the shops – the hard-working staff and loyal customers – and how things have changed over the years.

“The Englishman and the Eel talks about the working class culture that I came from,” said Mr Freedman, who now lives between London and New Delhi.

“I grew up in a tower block without much of a bright future, but I was lucky enough to go to university and in my final year discovered photography.

“I wanted to escape from my past and spent 25 years mostly working in Asia and Africa.

“My last book was about the Indian coffee places that became a bit of a shelter. To me those places seemed to be very similar to the places I grew up in Hackney: the pubs, and the pie and mash shops.

“They allowed me to talk to everyday people in the same way and I had the same conversations in the pie and mash shops.”

Mr Freedman said the photobook was a useful way to explore the changing London life.

“I grew up in the East End: then a byword for poverty, now a metaphor for gentrification,” he said.

“I’ve used the eel as a kind of metaphor for the place that I’ve come from. The eel is endangered but it is tenacious and still surviving and I think that’s a really interesting metaphor for London’s working class.

“It’s really good, solid, honest food. The interesting thing is the evolution of that very simple food because they were the first working class restaurants in London and culturally had this real significance.

“They were working class restaurants selling food in clean and respectable surroundings.”

Mr Freedman, whose work has featured in Times Magazine and Paris Match, expects the photobook to be published in time for Christmas.

It is being funded via online fundraising site Kickstarter and will be published by Dewi Lewis.

For more information about the Kickstarter campaign, visit: https://www.kickstarter.com/projects/876744754/the-englishman-and-the-eel-londons-eel-pie-and-mas