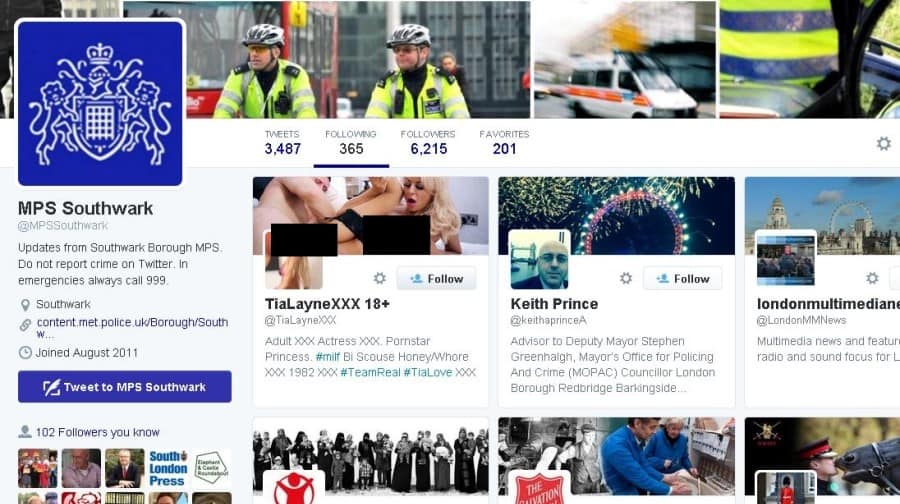 ‘Allo, ‘allo, ‘allo… what’s going on here, then? Southwark Police were left blushing this week when it was revealed that their official Twitter page was following an X-rated pornographic actress.

The Liverpool actress stuck out like a sore thumb among the rest of the users followed by the police force, which includes charities, community groups and emergency services personnel

A police spokesperson said: “We are aware that @MPSSouthwark was following an inappropriate account and immediate steps have been taken to rectify this. Enquiries are underway to establish how this link was originally made.”