"If we do have reason to suspect someone – based on information we receive – then we will arrest them and we will doorstep them. We call it the Al Capone method,” detective said 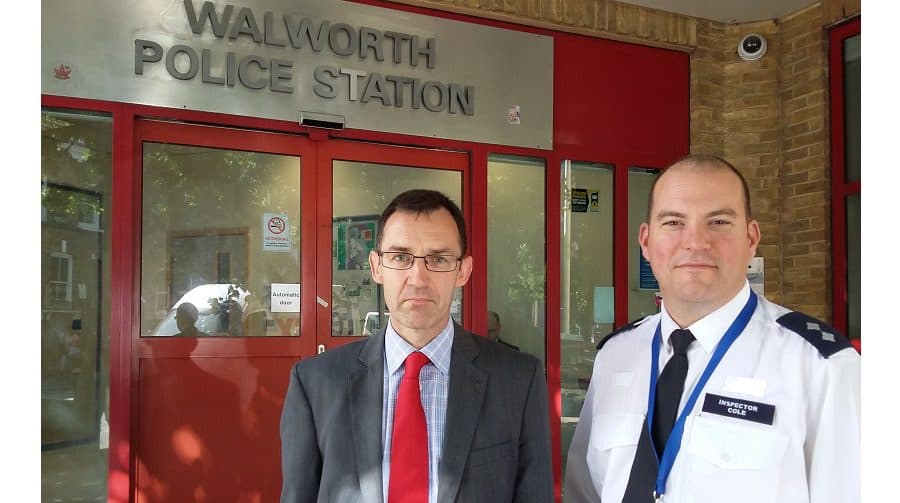 Southwark Police’s leading detective on moped robberies has given an exclusive interview to the News about the scale of the problem, and what can be done to keep it at bay.

Detective chief inspector David Rutter said Southwark was “roughly seventh in the pecking order” out of London’s 32 borough areas, with the worst-affected being Westminster, Camden and Islington in the city centre.

In Southwark alone, the dramatic increase was felt as 2015’s record of 581 cases rose to 777 in 2016-17. But the worst-affected borough in London reached 2,000 cases. That’s at the same time as London has seen an increase in violent crime for the first time in many years.

The link between area and moped-enabled crime, David said, was with tourism “where there is a high footfall and people going about their daily business”. That’s why the areas of Southwark where moped-enabled crime is most common are SE1 and SE16 – the most “target rich” environments.

David said a big part of reducing moped crime was to change people’s behaviour, to make sure people’s bikes couldn’t be easily nicked and phones weren’t always on show

“About 90 per cent of what’s stolen by moped gangs is mobile phones,” David said. “If you’re up in SE1 you’ll see loads of people will be out and looking at their phones. They will be vulnerable because they’re not paying attention. But if they go hands-free, or if they hold their bags or their phones on the side of their body that’s close to the shop front, rather than their side that’s closest to the road, they will be less vulnerable. We also find that transport hubs like train stations can be targeted, because whenever you get off the tube, the first thing you do is look at your phone to see if you’ve got any messages.”

A key factor behind the rise in incidents has been an explosion in the popularity of scooters and mopeds. “Scooters are much cheaper to insure, and there’s a lot more of them because of the number of couriers and delivery drivers,” David said.

But a way to “suppress” moped crime in any area is to deploy patrolling officers in areas where it’s a known problem. And knowing where to deploy officers is a matter of getting the right local intelligence. David said: “Essentially we’re looking at specific locations at specific times with our resourcing, whether it’s a uniformed officer on patrol, or a marked vehicle or an unmarked vehicle. If you have one officer in one place for fifteen minutes, it can suppress crime in that place for up to two hours.”

But that intelligence – knowing when and where to deploy an officer – relies on information from local residents. “We want to generate information from the public,” David said, “one of our tactics is also to carry out sweeps of different areas where residents have let us know they suspect that robbers have stashed weapons or stolen bikes.”

Inspector Jim Cole, a ward officer for Rotherhithe, told the News: “A lot of estates have hidey-holes and places where you can easily hide a moped – somewhere less visible, and it will stay there for days. Then we sweep in and find them.”

David added: “And if we do have reason to suspect someone – based on information we receive – then we will arrest them and we will doorstep them. We call it the Al Capone method.”

David also said there was talk of the Home Office looking to impose stricter sentences for moped-enabled crime, to act as a deterrent.

‘It’s an urban myth’ that cops can’t give chase

David said this borough’s officers has the ability to call on specially trained officers from Territorial Support, to chase suspects on motorbikes, and to video them in order to at least be able to capture licence plates.

He said it was an “urban myth” that the Met is not able to chase after suspects, but that the permission to do so needs to be sought from a senior officer, who will assess the safety risks before giving permission to pursue in any particular location or time of day.

giving permission to pursue in any particular location or time of day.

The ‘Be safe’ campaign

Launched on June 23, David said Southwark is a “priority borough for the campaign”

David said local officers have been taking on a new initiative to encourage people to use extra security when parking their bikes, because a way to stop moped-enabled crime is to stop perpetrators stealing the vehicles in the first place. The campaign advises: