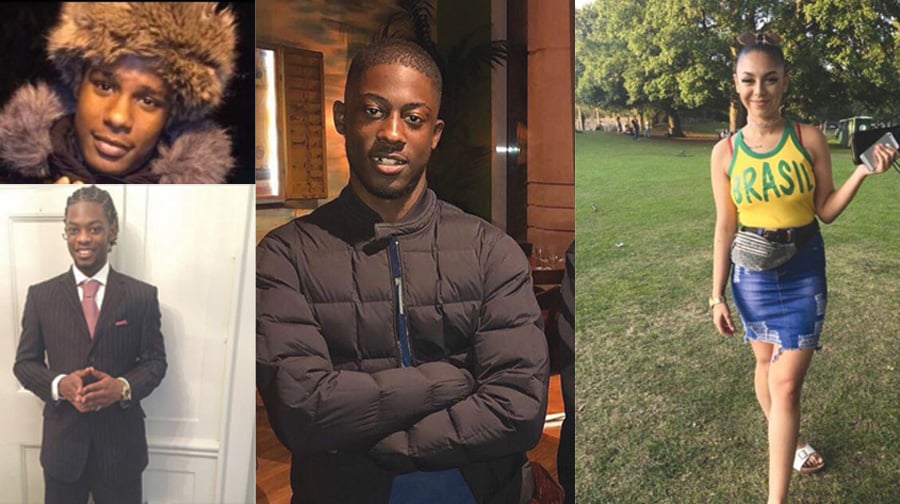 Southwark politicians have called on the government to provide funding for extra police officers to tackle knife crime and violence in the borough.

Over the last few months the News has reported on countless young lives tragically cut short and families torn apart by the knife crime plaguing the borough.

Today (Monday September 10) the family of teenager Latwaan Griffiths are laying him to rest, but are still desperate for witnesses to come forward. The eighteen, was found with fatal knife wounds on Denmark Road, Camberwell, on July 25.

His death came after that of Katrina Makunova – just seventeen years of age – was stabbed to death on July 12 in Brisbane Street, Camberwell

And earlier last month on August 1 Sidique Kamara, 23, died after he was found with stab wounds along with two other males in Warham Street, Camberwell – the same street where seventeen-year-old Rhyhiem Barton died after being shot on May 5.

More recently on August 16 on the Elmington Estate in Camberwell four teenage boys, all under the age of sixteen, were found outside Landor House suffering from stab wounds. One of them, aged fifteen, is still in a ‘serious but stable’ condition and is believed to have sustained ‘life-changing’ injuries. Police have made eight arrests as they continue to appeal for footage of the multiple stabbings and charged a fifteen-year-old.

Residents on the estate are pleading for more CCTV, extra police officers, and estate wardens to help stamp out the anti-social behaviour, and say funding is urgently needed to do up run-down community halls.

Their campaign comes as the Met’s own independent advisors say the ‘cut to the bone’ local police is ‘run ragged’ trying to respond to the shocking rise in youth violence, and Southwark’s knife crime czar called for specialist conflict mediators to be brought into the borough to ‘broker peace deals’ between warring youths.

Southwark Liberal Democrats called on the Labour administration to consider buying extra police officers through the Met Patrol Plus scheme at a meeting on July 25 – and the two parties have now joined forces in an attempt to bring an end to the bloodshed.

Although the council has not yet committed to buying more officers through the scheme, cabinet member for community safety and public health Councillor Evelyn Akoto said “nothing is off the cards”.

Cllr Akoto and deputy council leader Cllr Rebecca Lury have written to the Home Office calling for additional funding to be given to the Metropolitan Police to increase officer numbers.

They have also invited minister for crime, safeguarding and vulnerability Victoria Atkins MP to meet politicians and community groups in Southwark to see what the government can do to tackle the issue of knife crime and violence.

Speaking to the News, Cllr Akoto said: “We already have three schemes with the Met Patrol Plus scheme so it’s not something new to us and I’m speaking to the borough commander about how we look at more police in Southwark going forward.

“I live in Southwark very close to the Brandon Estate so everything that happens affects me and my own children but we have to be realistic – it’s the government that should be pulling their socks up and doing something.”

Cllr Akoto said she planned to set up a cross-party youth violence committee to address the issue.

“We have to keep on pushing – we can’t hold up our hands and say ‘well we tried and it’s not working’ it has to be a constant pressure on the government,” she added.

“We need the Lib Dems to work with us and go to the government to keep the pressure on them.

“Policing is only one part of the solution – it’s a multi-faceted issue and we have to look at a long-term solution.”

Acting Southwark Liberal Democrat leader Cllr David Noakes said he understood his party’s suggestion of buying more officers through the Met Patrol Plus scheme was just one option and not a solution to the problem.

“We recognise the police are stretched and for that very reason we are suggesting we recruit more police under the scheme,” he said.

“We’ve refined the idea and maybe it could be a multi-agency violent crime unit such as the Glasgow model of a public health approach.

“We applaud what’s being done already, but we think more needs to be done.

“On the night we were discussing the issue someone from my ward – Latwaan Griffiths – was killed and the following week another man was killed.

“We said in our speech that on an issue like this people expect us to work together.”