"The level of response we have had so far shows this jolly well is a problem,” said Bridget 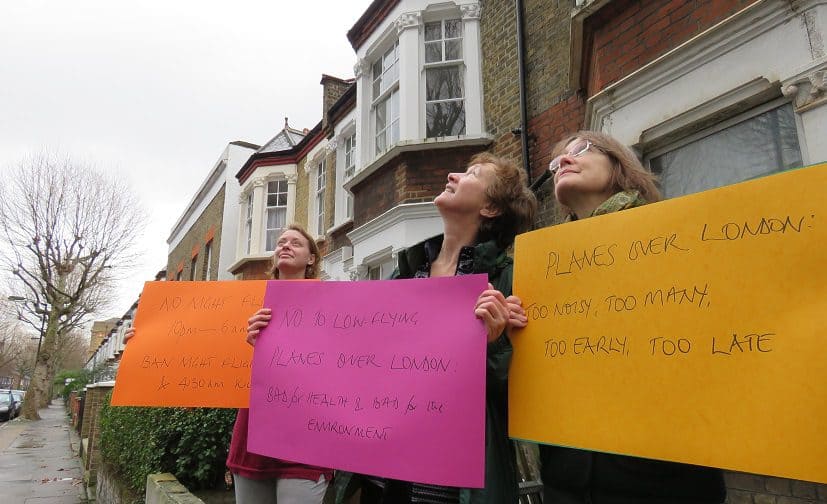 A Camberwell woman is urging locals to sign a petition calling on the government to move Heathrow flight paths, and stop planes “bombarding” Southwark with noise at night time.

Bridget Bell, of John Ruskin Street, first noticed the rise in nuisance aircraft over her house in July 2016. Since then they have woken her up “nearly every night”.

After months of running her Plane Hell campaign, Southwark Community Action Network has got on board, and Bridget has received support from residents in Camberwell, Kennington and Peckham.

“We just don’t want to be bombarded by the sounds of planes 24/7,” Bridget added.

“Now we have got a chance to say no to planes flying over us, and to put forward our views. The level of response we have had so far shows this jolly well is a problem.”

Two public consultations are currently open for comment until May 25.

Residents can visit http://www.southwarkcan.org/planehell for a simplified way of taking part in the consultation.

And you can sign the petition by visiting https://www.change.org/p/minister-for-av….