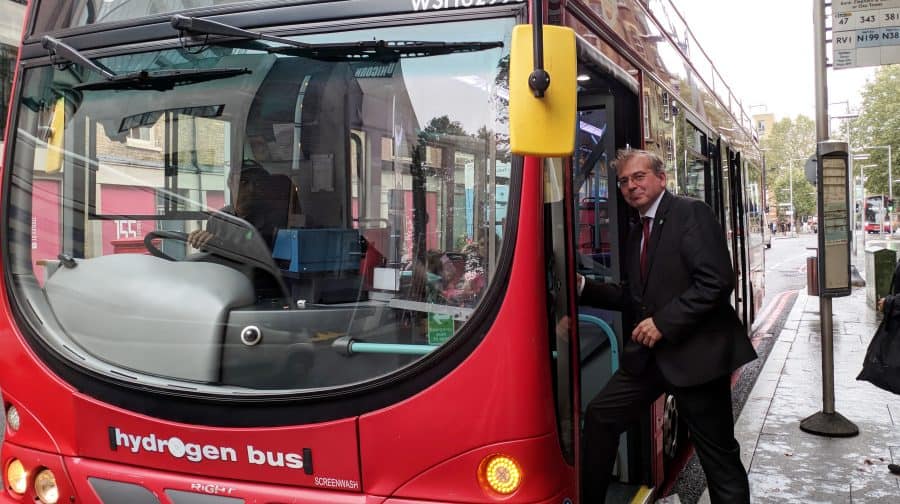 Southwark Council has slammed TfL’s proposal to cut central London bus services – including the RV1 entirely – saying it would hit the disabled and vulnerable the most.

Southwark Council said that the data used by the agency to support removing the RV1 was invalid and flawed, as an analysis of passenger numbers was conducted while the route was on a diversion.

Cllr Richard Livingstone, Cabinet Member for environment, transport management and air quality, said: “TfL’s cuts mean that many people in the south of London will be booted off their regular bus services at Elephant and Castle and Waterloo, as opposed to completing their journey into central London.

“People with disabilities and parents and carers with prams and pushchairs will be the worst hit, especially in the case of passengers of the RV1 route, which is the only service to cater for people with mobility concerns and is at risk of being cancelled all together.”

However, TfL said that the RV1 was one of London’s most under-utilised services and had experienced declining passenger numbers since 2009.

Geoff Hobbs, Director of Public Transport Service Planning at TfL, said: “The RV1 it is currently one of central London’s emptiest bus routes with the average bus having just eight people on it.

“Fewer people are using the route RV1 than ever before, with 64 per cent fewer journeys being made due to a gradual decline since 2009.

“The enhanced 343 service, which would run at a higher frequency and higher capacity, would also add more useful links across Tower Bridge to Aldgate.”

Asked by the News of the effect of the loss of the RV1 on passengers with disabilities, a TfL spokesperson said that all buses have step-free access, and that disabled passengers have priority over other users on all buses.

The council has also raised concerns over the effects of air pollution from the proposed scrapping of the RV1 as the service is Southwark’s only emissions-free bus route.

The Southwark Liberal Democrats have also criticised TfL’s proposal, setting up a petition to protest the move.

Victor Chamberlain, ward councillor for Borough and Bankside, said: “The Mayor of London made much of him being the son of a bus driver, yet here we see cuts to a much-loved bus service that services a rapidly growing part of inner London and is used by residents, workers and tourists alike.

“Liberal Democrats believe the RV1 needs to be saved, not scrapped.”

But TfL said it was “only right that we reassess the network after the significant changes in both London’s infrastructure and how Londoners choose to travel.”

The full proposal on the RV1 can be read here, while Southwark services affected are listed on the TfL website.

Consultations into the proposed changes end on Friday November 9th.