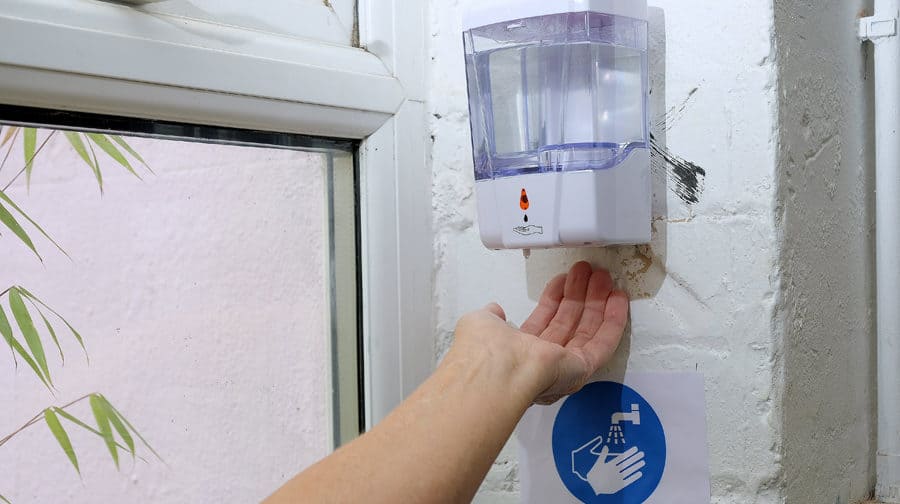 The COVID-19 rate in Southwark shot up by 77 per cent last week, as officials warned a ‘new variant’ of the virus could be behind spiralling infections in London and the south-east.

On Monday, after intense speculation an announcement was coming early, Matt Hancock confirmed London was moving into tougher tier 3 on Wednesday, along with much of the south-east.

He warned that a new strain could be behind the rapid rise in cases, but sought to reassure the public that there was ‘no evidence’ the vaccine would be less effective against this particular mutation.

All hospitality venues are now closed except for takeaway, and indoor mixing banned except for with support bubbles.

At the time of going to press, fears were also growing that a Christmas break from strict lockdown rules could also be scrapped.

The latest available government data, covering the seven days up until December 10, showed how Southwark has quickly gone from being one of the least affected areas in London to a new Coronavirus hotspot.

In that period more than 600 people were officially diagnosed with the virus – the biggest spike in London in those seven days. 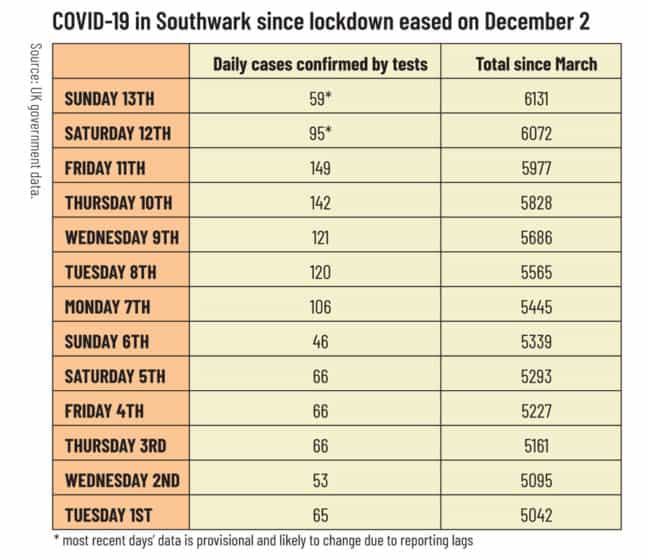 Exponential rises are particularly worrying this month in light of flu season, the potential for indoor mixing over Christmas, and an already strained NHS.

On Monday, December 7, the daily number of lab-confirmed positive COVID-19 cases in Southwark surpassed 100 for the first time ever.  A day earlier, 46 new cases were recorded. Although these high figures can partly be attributed to increased testing capacity – during the first wave just 59 cases were recorded on April 1 – this does not explain how daily figures could double in such a short period.

The figures appear to back up concerns that infections would grow after restrictions were eased on December 2.

Three days later, on December 5, Southwark had 66 new COVID-19 cases confirmed by tests; rising to 106 cases on December 7; 120 the following day; and to 149 by Friday 11. Hospital admissions have also shown a marked rise in the last fortnight.

The number of deaths in Southwark within 28 days of a positive COVID-19 test now totals 175, with 260 deaths listing the virus as a contributing factor on the death certificate since March.

In the starkest sign yet that the rising number of infections is a huge threat, four of those deaths were recorded in November, and two in December so far. No COVID-19 deaths had been recorded in Southwark throughout September or October.