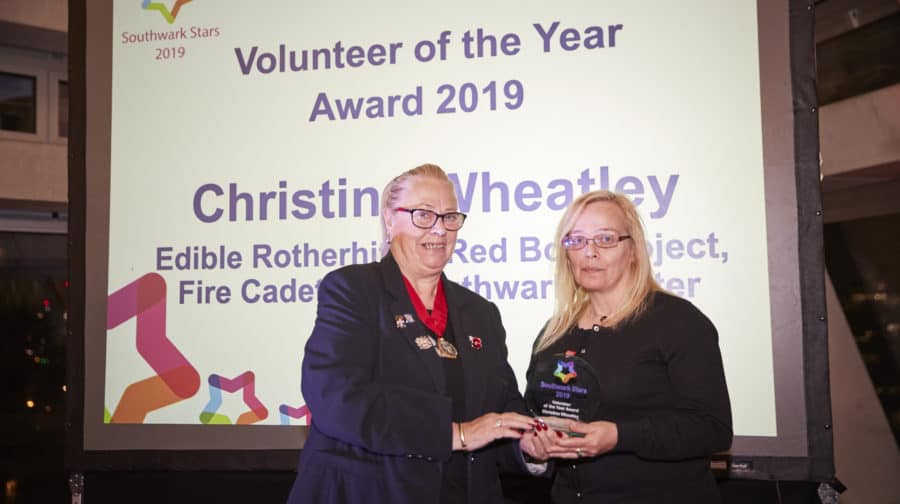 Christina was given her award in recognition of her hard work for a diverse range of organisations, which she also fits in around caring responsibilities.

Leanne’s experience as a breast cancer survivor led her to set up her own support neywork for BAME women experiencing cancer and undergoing treatment, many of whom feel particularly isolated by mainstream services.

Leanne said: “I remember when I was getting ready to start chemo at 30 years old and what keeps me going is not wanting any of the young women that I worked with going through alone what I went through.”

The Positive Contribution to Wellbeing Award, in memory of Michael Cleere, a Southwark Stars MC for many years, was given to Claudia Schneider.

Claudia, who has MS, volunteers for Paxton Green Time Bank and is an ambassador for a wellbeing talking group.

The Time Bank’s organisers described her as “the soul and the ear of this group, her listening capacity and positive support to each person of the group is remarkable.”

Josiah Ferguson won the Young Volunteer of the Year Award for his support of Coin Street Community Builders.

The nineteen-year-old helps out at the tutoring and youth sessions, and is vice chair of its youth forum.

One of Coin Street’s team collected the award on behalf of Josiah, saying he “radiates happiness”.

The Charity of the Year Award went to Disability Sports Coach, which helps disabled adults, children and their families and carers.

More than 70 per cent of participants double their weekly activity after joining. The clubs also help people make friends and feel less isolated.

Clare McCabe won the Disabled Volunteer of the Year Award. Clare, who volunteers at Bede House, was given her award by Patrick Berry, director of Sporting Recovery.

Bede House’s team was described as “an optimistic, cheery and adaptable member of the team, even when facing great physical difficulties herself. She has proved an inspiration to many in the Bede Centre.”

This year there were two Older Volunteer of the Year Award winners.

Bernie Bristoll, a long-standing HMS Belfast volunteer who served as its telegraphist from 1962 was recognised for his passion for his former employer.

The Imperial War Museum’s HMS Belfast team said: “Bernie’s ability to answer each question with infectious joy make him much admired by colleagues and visitors.

“He has become so loved that visitors come on board just to see “the Morse code man” on HMS Belfast”.

Joy Henderson was also awarded for her years of service to Link Age Southwark, which said: “We are delighted to nominate Joy for this award, at 94 she is our oldest volunteer and she has been volunteering with us for sixteen years.”

Community Group of the Year Award went to Smileys Playtime, based on the Dickens Estate in Bermondsey, which brings together parents, carers and their children, including those who do not speak English.

Trustee of the Year Award went to Phil Wilkins, a trustee for 1st Place Children and Parent’s Centre, whose team said: “Phil Combines his compassion and support with an ability to ask insightful questions and challenge positively, so that we strive to be better.” 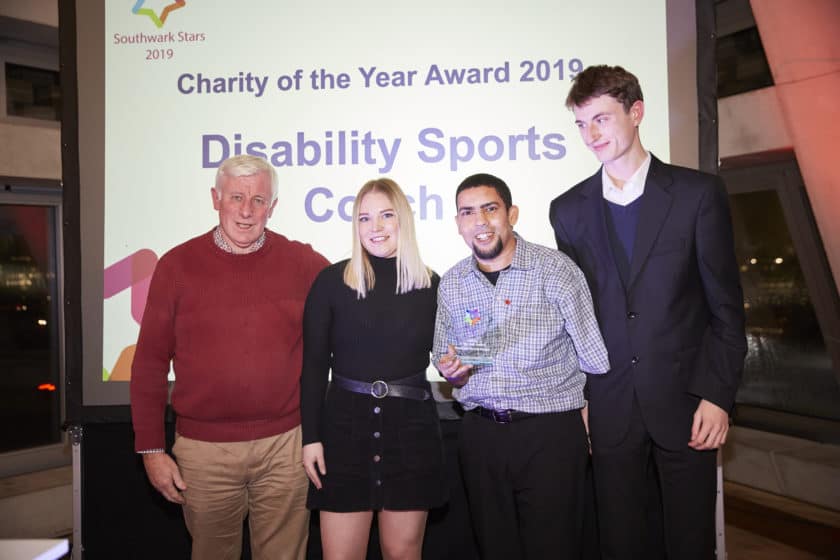 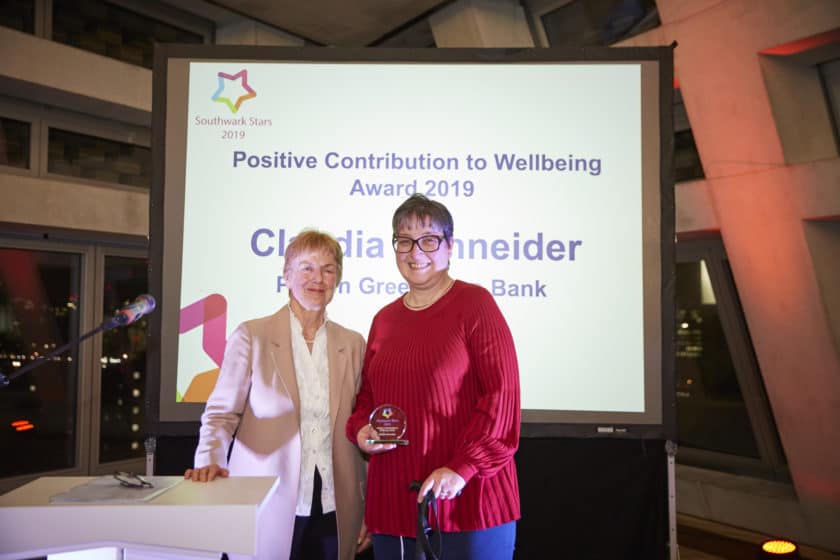 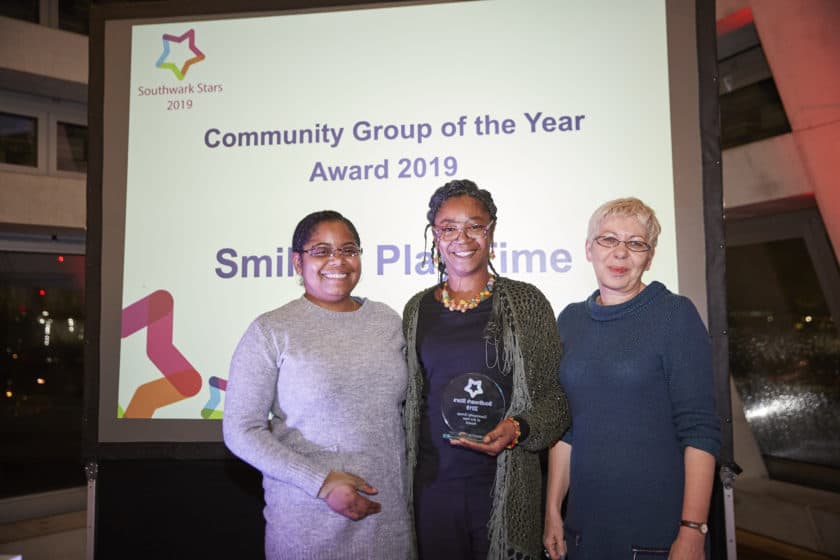 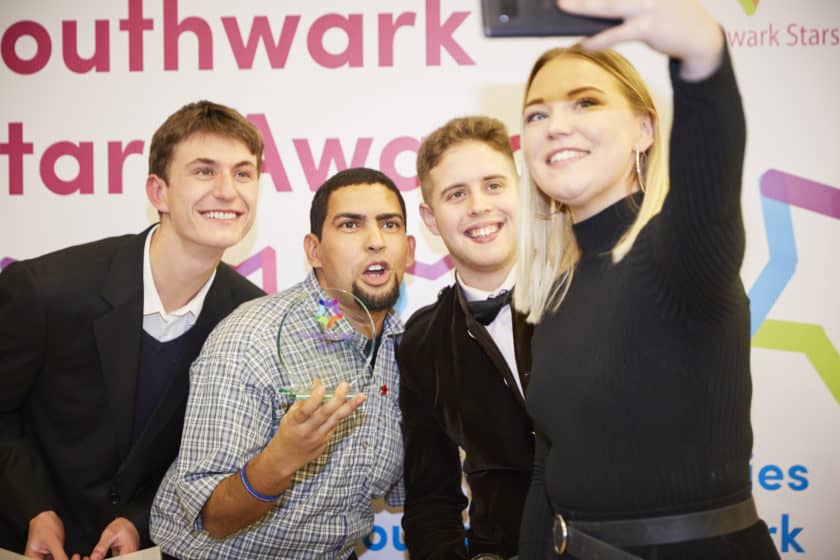 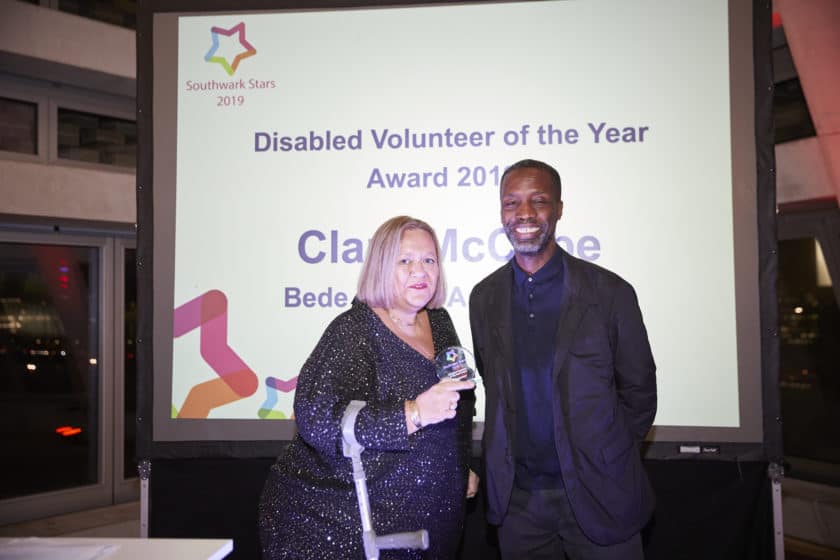 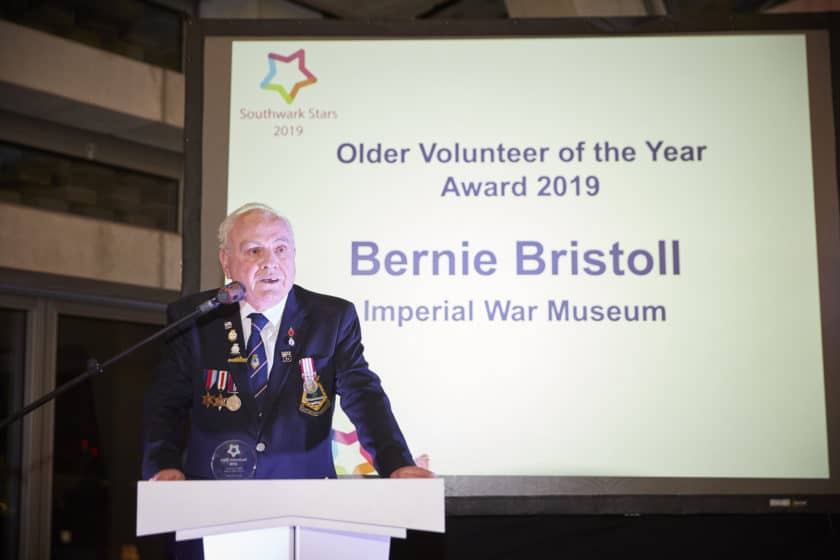 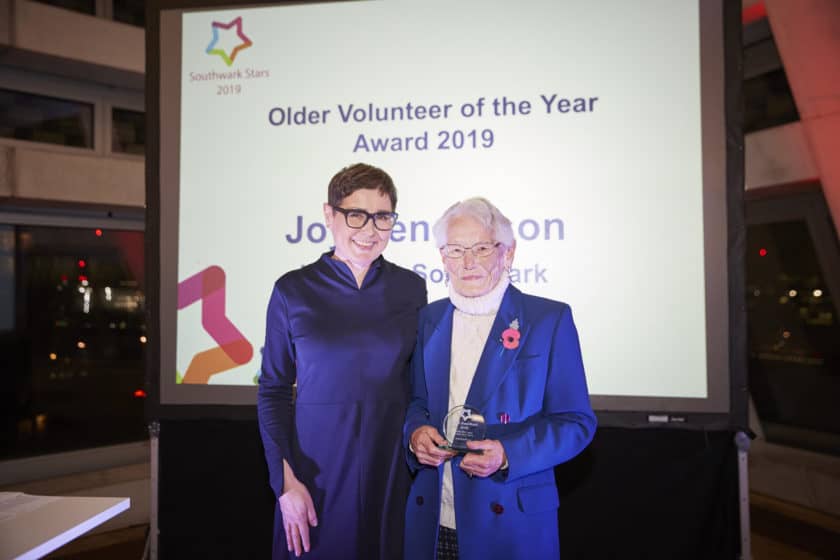 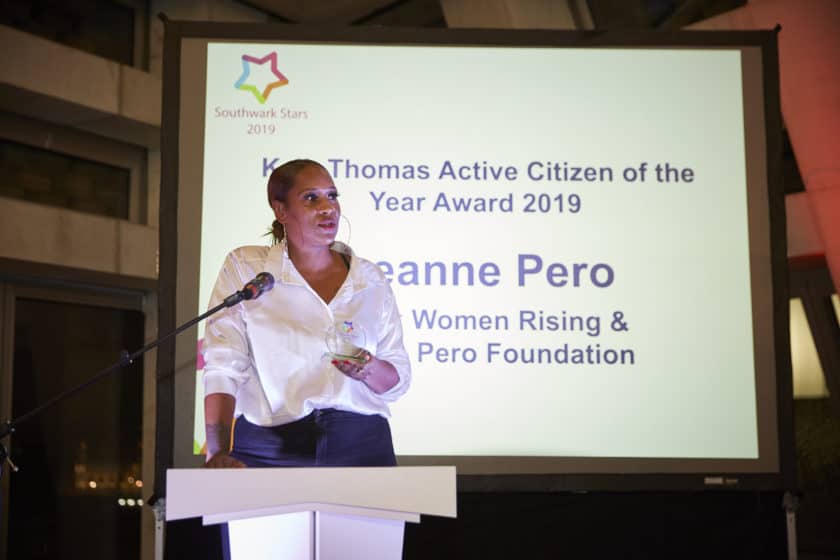 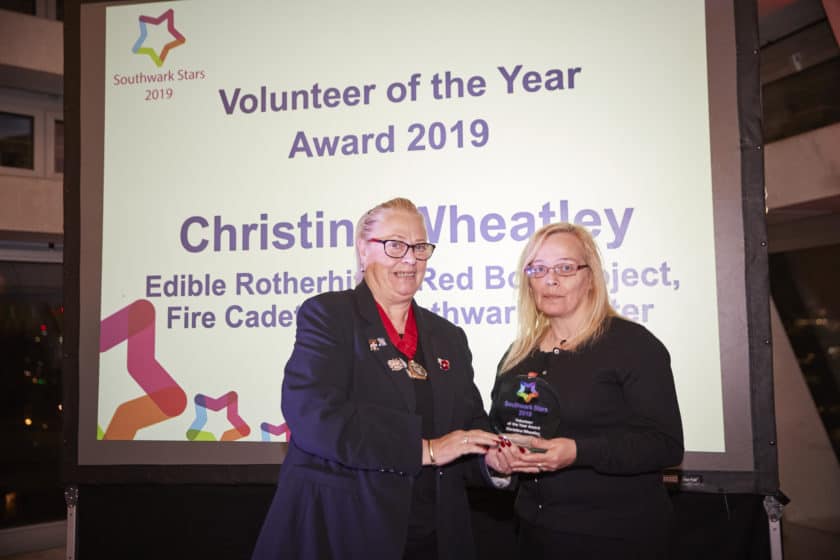