106 young people from local schools recognised, valued and rewarded for hard work in the community 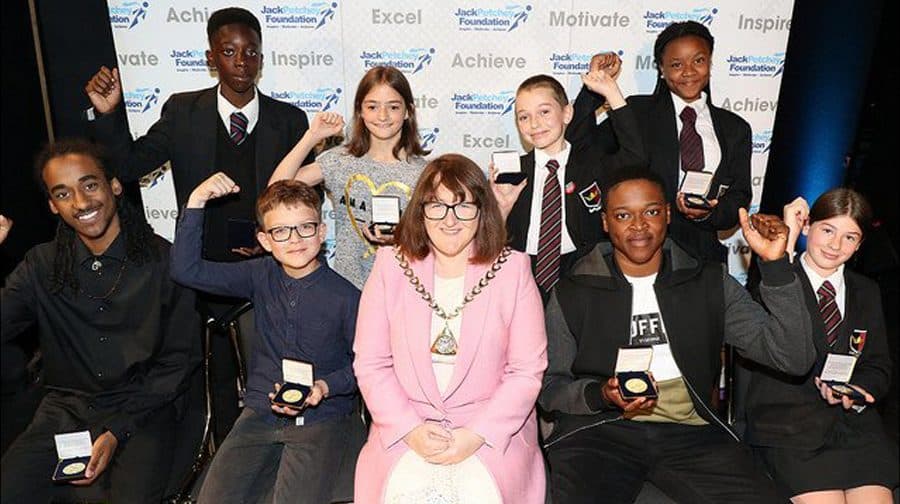 The winners, aged between 11 and 25, were been nominated by their teachers and parents for their dedicated and hard work they have done in their youth club or secondary school.

Each prizewinner received a medallion as well as a framed certificate and a cheque for £250 each, which they are encouraged to spend on helping their club or school develop and grow even further.

In addition to the Achievement Awards, three adults were also praised with Leadership prizes, medallions, and certificates, because of their outstanding ability to motivate young people.

The Mayor of Southwark, Councillor Catherine Rose, reflected on the wonderful evening, saying: “Congratulations to all the winners and many thanks to the staff, volunteers, parents and carers for their support.

Jack Petchey is an inspiration to us all. I hope others in our borough will want to give something back to the community in the same way.”

One of the winners was Lara Vollmer, a keen cricketer who attends The Charter School, Red Post Hill.

She attends training sessions every Tuesday lunchtime and on Wednesday’s after school. Lara with her Achievement Award

Thanks to Lara’s enthusiasm for the sport, a host of younger students have got involved, making the group more and more popular every week.

In order to help manage the growing numbers, Lara has started to train the Year Seven players whilst the head coach looks after the Year Eight and Nine players.

With her £250 Jack Petchey Achievement Award grant, Lara is going to buy new equipment for the teams, including a set of balls, a bat and some bat handle grips.

Sir Jack Petchey CBE started the foundation in 1999 to raise the aspirations of young people by making sure their achievements and dedicated work in society were recognised, valued and rewarded.

Since then, The Jack Petchey Foundation has funded over 2,000 programmes across London and Essex that celebrate positive contributions of young people in society.

In the borough of Southwark, youth organisations and schools have received £1,291,608 in funding since the foundation began working in partnership with the community in 2005.