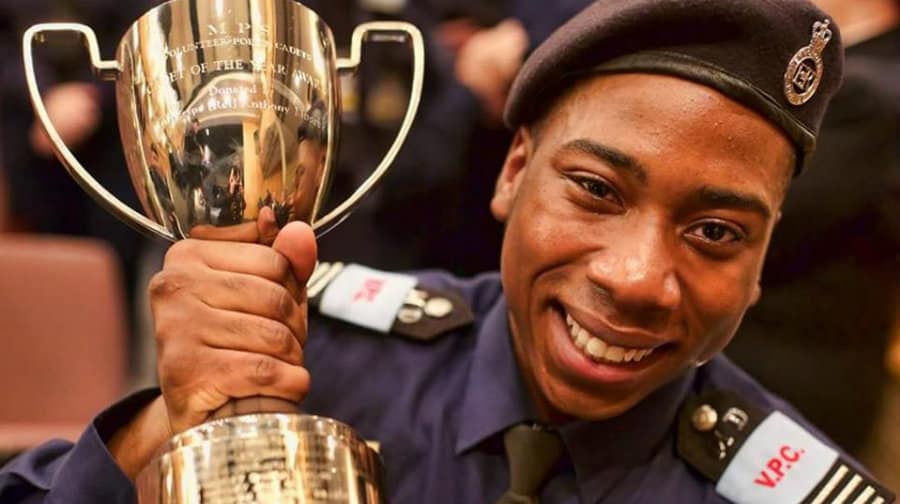 A Southwark teenager was last week awarded the prestigious MPS Volunteer Police Cadet of the Year award, beating over 2,500 cadets.

Valicious Vincent, stood to attention above the rest of the 13 to 17-year-old volunteers, when he was given the award by Assistant Commissioner, Helen King last Thursday at the London Oratory School.

The Southwark Cadet Coordinator, said: “His dedication and commitment to the Volunteer Police Cadets in Southwark and beyond has been recognised in the best way possible. He is a true inspiration and acts as an exemplary role model to his peers.”

The Cadet Corps was established in 1987 to enhance relationships between the police and the local communities, originally in South Norwood as a pilot scheme.

Down to its success, it was gradually introduced throughout the Divisions, and after the introduction of borough policing, it could be found within all 32 London boroughs.

A £75 annual fee pays for the cadet subscription, which is open to both men and women from all levels of fitness.

Through structured training, the cadets are able to develop their personal qualities and skills, from raising awareness on the dangers of cyberbullying, to leafleting at local London Underground stations to prevent crime, and even taking part in weapon sweeps of estates in high risk areas of the borough.

The Cadet programme hopes to maintain and fuel interests of young people wishing to pursue a career within the police service in the future.