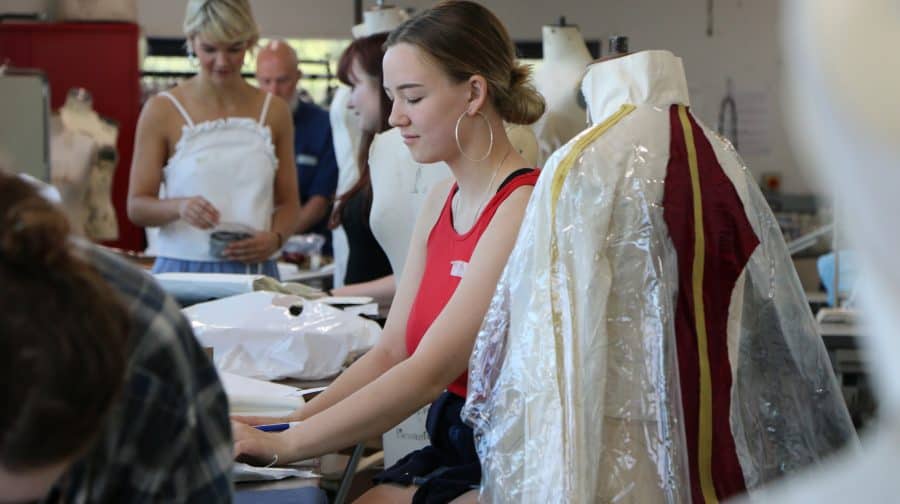 A Southwark teen had her clothes modelled on the runway at London Fashion Week.

Annabelle Moore, 17, had her garment displayed on the catwalk at a high-brow event at the Freemasons’ Hall in Covent Garden on Monday.

The youngster was one of twenty 16-19 year olds handpicked to design a garment by the FAD charity which promotes access and diversity in the fashion industry.

She said: “Having the garment I designed and constructed modelled on the catwalk at London Fashion Week has been a surreal experience.

“I have learnt so much in the FAD Fashion Futures programme and it has helped me become much more confident about what I want to do. It is definitely an experience I will never forget!” The FAD Finalists work was judged by industry experts and as well as directors at sponsors ASOS & Natwest.

The teen’s dress was inspired by an exhibit dedicated to oriental influences in British stately homes at the V&A museum.

She explained: “They set up a bedroom as if it was a stately home and the bedroom I looked at had a bed with these different triangles on the headboard.

“That’s where I took the inspiration.”

Maria Alvarez, founder and chief executive of FAD, said: “They’re the youngest designers to ever show at London Fashion Week.

“We are giving real opportunities to people so they can progress into the fashion industry.” The charity has helped over 9,600 young people from diverse backgrounds to break into fashion since it was started in 1998.

The 17-year-old said she had learned a lot about the competitive industry through the experience.

She added: “I feel there are lots of stereotypes in fashion, especially surrounding the people that work in fashion.

“There’s so much out there, such as pattern-cutting or other related jobs, and it’s sad that people don’t realise that people do that.

“I want people to know that it’s not one type of person that does fashion.”