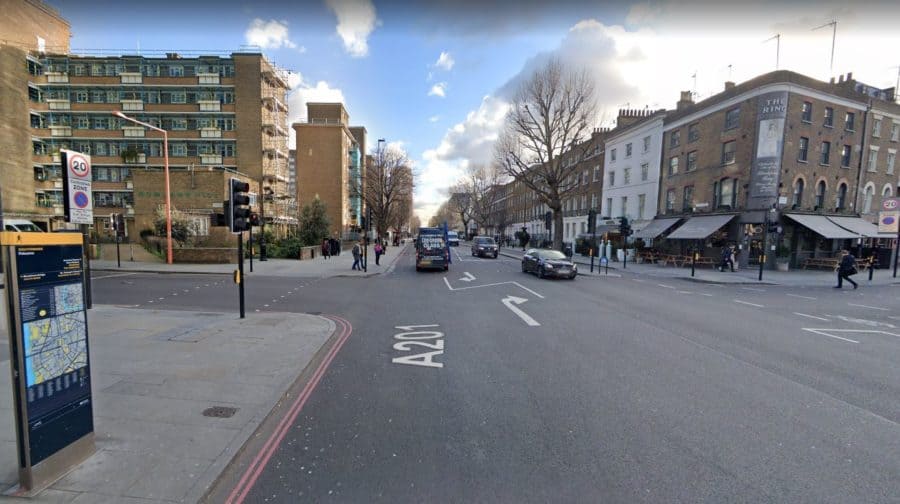 Blackfriars Road (pictured) is one of the key Southwark routes affected

TfL central London roads, including major routes in Southwark, will now be 20mph in a bid to reduce road deaths.

The new speed limits came into force on Monday. Borough High Street, Blackfriars Road and Great Dover Street are some of the major Southwark roads affected.

“I am absolutely determined to do everything I can to eradicate all deaths and serious injuries on London’s roads and these new measures are a vital step along the way to helping us to achieve this,” said the mayor, Sadiq Khan.

The Met is planning a new speed enforcement team from April to police high-risk speeding areas, including the roads affected by these changes.

“Excessive speed unfortunately remains a common cause of serious and fatal collisions across London and the consequences can be devastating for those involved and their families,” said the force’s Andy Cox.

Another 2,256 people were reported as seriously injured in collisions involving speed. Charities which campaign for road safety measures and cycling charities have welcomed the measure.

“We see the devastation that speed causes every day, and the few seconds that are saved can lead to a lifetime of misery for a victim,” said Victoria Lebrec of the charity RoadPeace.

Southwark Council had backed the move in consultation. Concerns raised in the survey include longer journey times and fears that it was not needed at off-peak times.

TfL said it wanted to completely eliminate deaths and serious injuries from the London transport network by 2041.