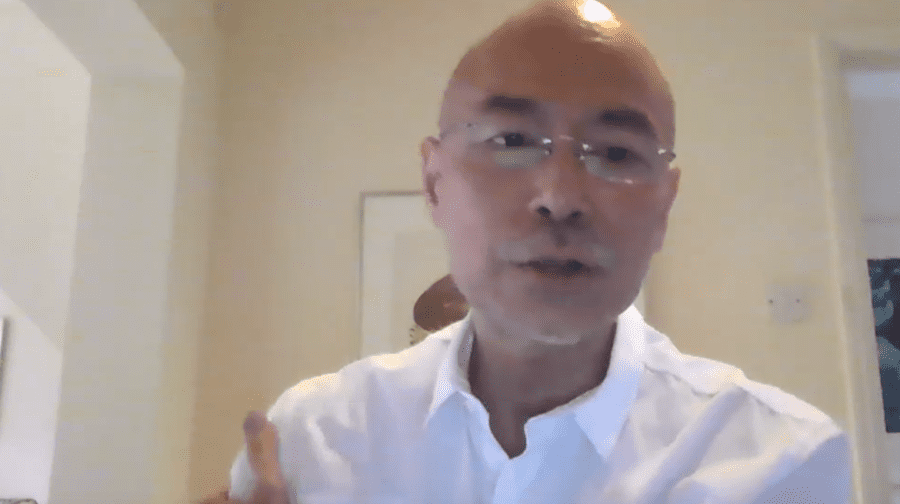 Jin Lim, speaking at a Southwark CCG meeting this afternoon

Southwark Council officers could knock on your door to ask you for your close contacts under a new local coronavirus track and trace programme.

Officials at the town hall are developing a new local track and trace system to start this month amid concerns that a national ‘call centre’ system is not reaching everyone’s contacts.

Dr Jin Lim, Southwark’s acting head of public health, said the new system was being developed because of a spike in Covid cases in Southwark.

“This is in response to the rise in numbers locally and across London. Southwark’s cases went up quite sharply two, three weeks ago,” he said at a meeting this afternoon, in response to a question by a News reporter.

Officials are in the process of getting a testing centre in Peckham town centre alongside the “enhanced contact tracing.”

Numbers from the national contact tracing system often appear on phones as a 0300 or withheld number, meaning people are not responding to requests to hand over close contacts, said Dr Lim.

The national system will hand over control to Southwark if they have not managed to make contact within 24 hours.

The council’s new system will ring from a council-based 0207 number. If that fails, officials will check local databases for an address – and then ‘door-knock’ to ask for your contacts.

“We’re in the process of training up colleagues across the system, public health colleagues, housing officers, environmental officers, to start the system,” he said. “We hope to run it seven days a week.”

If officials cannot get a hold of someone on the phone, “we will do so-called door knocking,” he said.

Council bosses are also looking at additional powers to close businesses who continue to flout coronavirus guidelines, he added.

“The other area of work we’re doing is around enhanced enforcement … there’s additional legal powers in terms of closure of businesses that keep flouting Covid-secure practises.”