The 40-year-old library, located in Westminster Bridge Road, hopes to move in spring 2018 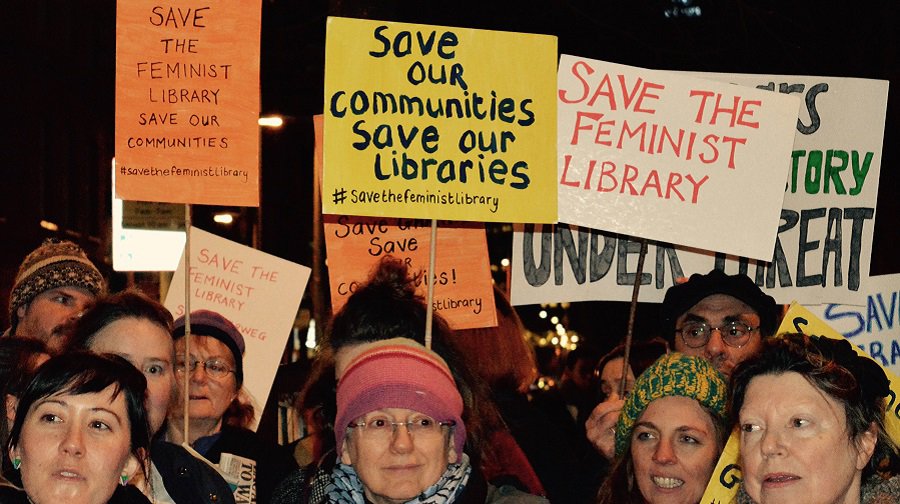 Southwark’s Feminist Library is hoping to raise £50,000 to move into new premises next year.

The 40-year-old library, located in Westminster Bridge Road, was faced with eviction in February last year after the council asked for an annual market rent of £18,000 along with a £12,000 annual service charge.

A petition attracted thousands of supporters calling for a “rent increase” to be dropped – however, it was revealed that the library had not been obliged to pay rent since moving in, and had only been asked to pay a service charge.

The council extended the library’s lease as a gesture of good will and has allowed it to remain at the premises until it moves into is new home in spring next year.

The library is expected to move into the ‘Livesey Exchange’ – a new community/maker centre in Peckham made up of 60 transformed empty garages.

Neighbours Ulrike Steven, director of what if: projects, and Nicholas Okwulu, director of social enterprise group Pempeople, joined forces to transform the unused garages on the Ledbury Estate, in Old Kent Road.

The garages will be turned into spaces for workshops, studios, cooking lessons and cultural activities.

The Feminist Library is planning a series of exciting collaborations with the other potential tenants in the building, ones which give women and girls practical skills.

These include the Power Project, a metal/wood workshop for women and girls, and Community Threads, a sewing workshop.

The library has launched a fundraising campaign for the relocation, which could cost in the region of £50,000.

People can sign up to a ‘friends scheme’ from £3 a month to offer support and access book discounts, special offers, library tours and event invitations: http://feministlibrary.co.uk/support/friends-scheme/

Alternatively a one-off donation can be made at: www.feministlibrary.co.uk/support/donate/