The free-to-enter awards programme features sixteen categories, including Southwark Business of the Year 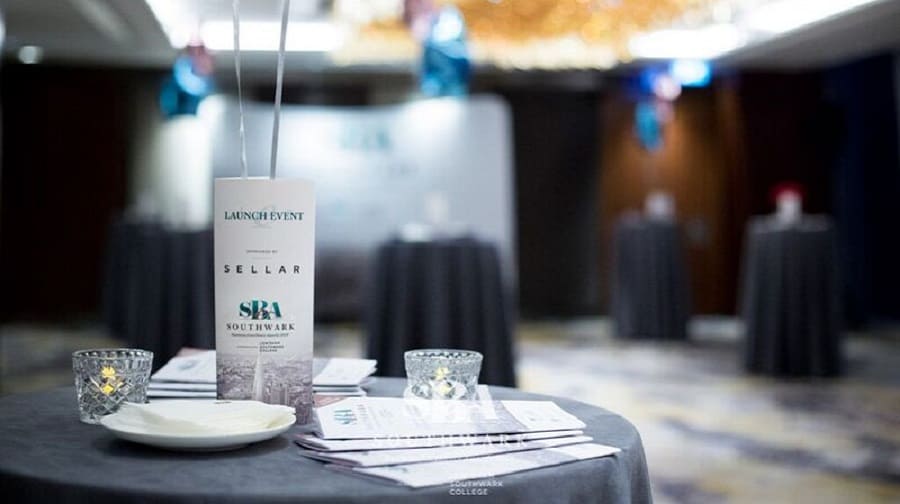 The London borough of Southwark’s first awards to celebrate the area’s 18,000 businesses are open for entries after a sparkling launch at The Shard.

Over 140 guests gathered in the 34th floor Ren Room of Shangri-La Hotel, at the Shard, for the opening event last week.

The free-to-enter awards programme features sixteen categories, including Southwark Business of the Year.

Fully backed by the News, as media partner, the paper is urging all businesses small, medium and large to take part in this, the first one held in Southwark and will be profiling some of the business entering over the coming weeks.

The highlight of the six-month awards programme will be the glittering, black-tie Gala Dinner and Charity Ball awards ceremony for 400 people on 21st June, hosted by a celebrity compere.

The Launch sponsor Sellar, the owners of the Shard, proudly hailed Southwark as the best borough to live, work and play at the impressive launch last Wednesday.

Stuart Berkoff, Chief Financial Officer Sellar, said they were a measure of how far Southwark had come since the company bought the site next to London Bridge Station and developed The Shard.

“Over the past 20 years, along with our partners, the State of Qatar, we have invested almost £2billion in the borough. That’s what we call commitment.

“We have developed almost 2 million square foot of mixed use space. But more importantly we brought a range of national and international businesses to Southwark, as well as millions of people who would never have ventured over the southside of the river.

“Once overlooked and ignored, Southwark has become one of the capital’s great places to live, work and play.”

The new awards, backed by Headline Partner, Lewisham Southwark College, and Awards Partners, Southwark Chamber of Commerce, Southwark Council, and White Label Creative, is sponsored by some of the borough’s leading businesses, including British Land, and Grosvenor.

Speakers thanked all the sponsors who made the evening possible and stressed that the awards were open to all types and sizes of enterprise, from start-ups and SMEs to charities and entrepreneurs.

Southwark Councillor and Cabinet Member for Business Culture and Social Regeneration Johnson Situ said 87 per cent of the businesses in the borough, which stretches from Southbank to London Bridge and Surrey Docks in the east, and to Bermondsey, Peckham, Camberwell and Dulwich in the south, were small with less than nine employees.

Barry Langfield, Vice-Principal of Headline Sponsor, Lewisham Southwark College, said the college worked with businesses right across the borough and applauded the aims of the awards to recognise their achievements.

“I am looking forward to the awards evening when we can celebrate together the truly excellent businesses we have in our community. We are very proud to be involved with the awards, which recognise excellence within the community.”

To enter the awards visit www.southwarkawards.co.uk