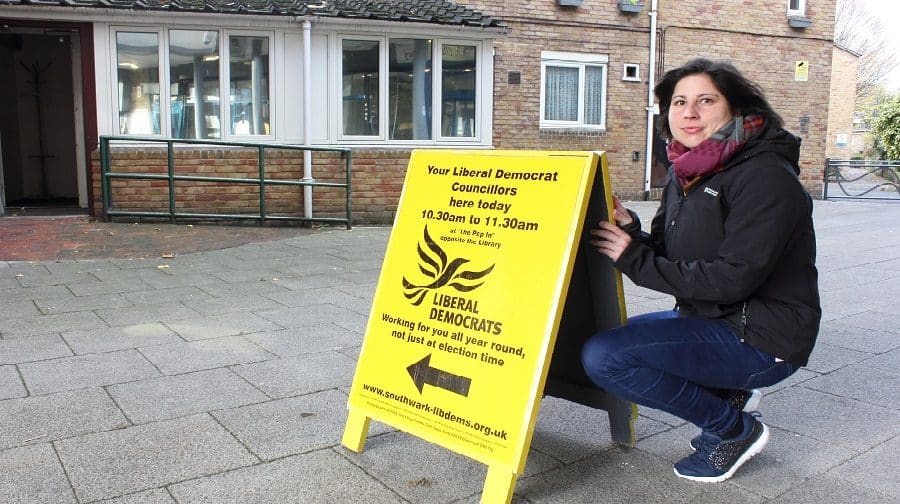 Liberal Democrat leader Anood Al-Samerai is appealing for voters to reject “tired and complacent” Labour, as she says council decisions make a bigger impact on people’s lives than central government.

When London mayor Sadiq Khan launched Labour’s manifesto down  the Blue (Southwark Park Road) in Bermondsey earlier this month, commentators interpreted the move as a signal Labour was taking its fight to the Liberal Democrat’s traditional Southwark heartland. But Al-Samerai isn’t rising to the bait, telling the News: “One of the great things about Southwark is that it is politically competitive. That is democracy. Bring it on!

She continues: “Labour has real, active, political competition, and the council does not get away with anything, like their decisions about budgets,” describing her councillors as “local champions” and arguing, “It is not about celebrity status, it is about getting the job done.”

Despite a poor performance in the general election, Al-Samerai says Lib Dem party membership was on the rise “across the whole borough from Crystal Palace to Surrey Docks,” but she isn’t taking what she described as a “surge of support” for granted, saying “we have to work to be re-elected.”

The result of this work is a detailed manifesto which finds an extra two million pounds for police from the council’s budget (police are usually funded by central government), a new house-building scheme with rent set at one third of income, and reversing Labour’s 50 per cent cuts in youth services.

A key focus on the environment and long-term sustainability would see solar panels put on council homes with income generated given back to residents, and new electric car charging points placed across the borough.

The party also wants to form a dedicated team tasked with bringing Southwark’s 6,000 empty homes back into use, and to create a new knife and moped crime policing unit to deal with a rise in violent crime.

Their budget includes axeing fresh flowers in council offices, ditching Southwark Life, the council’s magazine for residents to save around £100,000 a year, and scrapping controversial “golden goodbyes” for cabinet members.

But is it enough to stop a predicted Labour landslide?

“The biggest challenge,” she explained, “is not necessarily persuading people to vote for us, but persuading people that councils can make a difference,” highlighting that the council’s roughly £1.5 billion budget “can affect people’s lives so much more than the national government.”

She also believes the party is at an advantage this year as there are no European Elections held on the same day, unlike in 2014.

She does not believe losing Simon Hughes as local MP will impact on their supporter base, saying: “Simon is still very much part of the Lib Dem family.

“He is not going anywhere, and he is working with us.

“I do think the wards where we do have Lib Dem councillors you would be amazed by the support they have.

“We ran the council before and we can do it again.

“Labour have had eight years in power and are tired and complacent.

“They introduced their pay-off scheme for councillors standing down a month before a 50 per cent cut in youth services.

“This year it is even worse as the cabinet members have resigned voluntarily and are being paid for it.

“There is so much potential in Southwark but right now Southwark does not work for everyone and there are real challenges in the borough.

“If we can get things like crime and housing right, we create something that works for everybody.

“I think we can come together and do it on May 3.”