Southwark’s Odd Jobs: And you’re back in the room

Going behind the screens with Southwark’s very own ‘Hypnotist Man’ 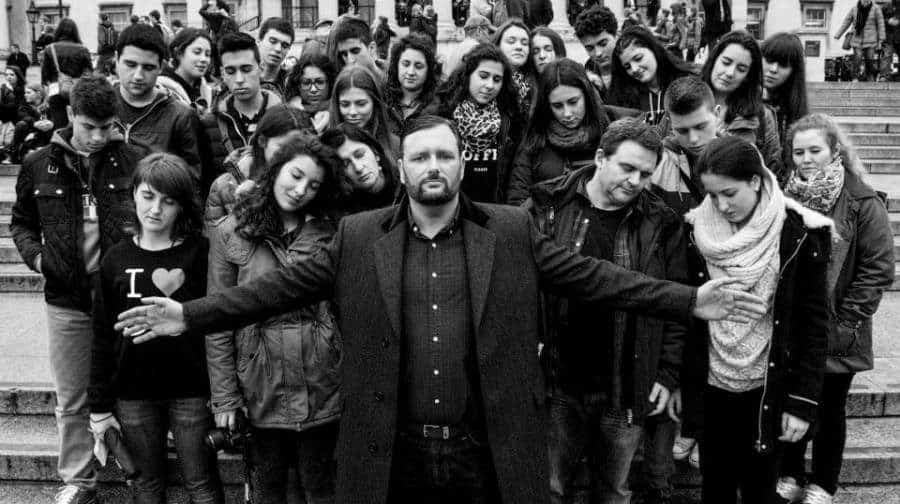 Robert Hisee has the power to put his audience to sleep.....or bark like a dog.

Stage hypnotism in all its chaotic tom-foolery barged back on to our TV screens this month with mind-hacked contestants making a spectacle of themselves for our entertainment.

ITV’s ‘You’re Back in the Room’ pits contestants against one another to complete tasks with the hilarious handicap of believing they are James Brown, or more unbelievably, in love with Phillip Schofield.

It’s a good time for Bermondsey- born and bred Robert Hisee to be pitching his ‘old school’ Paul McKenna-style hypno-tainment show to agents this week. The Hypnotist Man balances the wild world of stage hypnotism, where he has people believing they are Jack Russells – walking on all fours and cocking their legs up – with his hypnotherapy clinic, where he helps people overcome phobias, quit smoking and lose weight.

Former frontman of local band The Sound, Robert says the stage is like his “second home” but his real love is helping people tackle psychological problems, like a fear of flying or agrophobia, using his nine years of training in the mind-art of neuro-linguistic programming (NLP).

This involves changing thought patterns which lead to feelings of fear or anxiety in response to a spider, for example, so they  lead instead to a state of relaxation and a sense of control – like re-writing a book with an alternative ending.

“I can’t change what’s happened but I can change the way you feel about it.”

This is based on the assumption that the unconscious mind does not know what’s real or what’s not real, according to Robert.  “If a spider falls on your hand and frightens you once, your brain releases Cortisol and that tells you that you don’t want to go through that again, so you consciously avoid spiders and have an active fear on them. The mind creates images and then believes them.”

Most phobias are taught behaviour, he explains. In the case of something like spiders, often a child will see their mother scared of a spider and transfer that fear onto themselves. “That kid looks up to their mum as the strongest figure in their life; if they see her screaming at a spider they automatically think there must be a good reason for it,” Robert says. “Anything can trigger a fear, it’s just the mind’s way of protecting you,” he continues.

One man Robert worked with suffered with panic attacks and fears of public spaces and flying. The situation was so bad that he tried to throw himself out of a car travelling at 70mph. After seeing Robert he was able to fly all over the world and make public speeches. “He’s a changed man.  I just love to help people. I love my job so it’s not really like work.”

Robert first learnt some basic NLP skills while he was selling conservatories ten years ago. His boss taught him how to build rapport with clients and convince them what they really needed was a new awning.

Now well-established, Robert has become renowned for his phantom gastric-band treatment, where he hypnotises people into believing they have had surgery to reduce the size of their stomach.

“It just seems to be a lot of my work. I love helping people with trauma but the weight loss is really popular.”

When Robert uses hypnosis as a therapy, he says it is “completely different” to the stage show because instead of being in control, manipulating people into eating a raw onion as if it were an apple, in the clinic he needs to build trust to be allowed in to someone’s unconscious mind.

Robert’s dream is to set up NLP training centres nationwide and then return to Bermondsey to “help working class kids to learn the belief that they can do what they want to do and be who they want to be. When I was a kid the people with money were drug dealers or armed robbers –I want to get their mind focused on the future.”

Meanwhile, Robert is still keeping his eye in with his stage show, which he hopes will be picked up by a TV station soon.

He starts off by finding out who is the most susceptible in the room. He asks everyone to close their eyes and imagine they have a weight in one hand and a helium balloon in the other. “The ones with their arms way up in the air are the ones I get up on stage.”

“You never know what you’re going to get,” says Robert, who sometimes likes to live dangerously by hypnotising people to hate hypnotists. “If you forget to tell them not to hit you, you’ve got a good chance of getting clumped.”

Southwark NewsNewsSouthwark’s Odd Jobs: And you’re back in the room