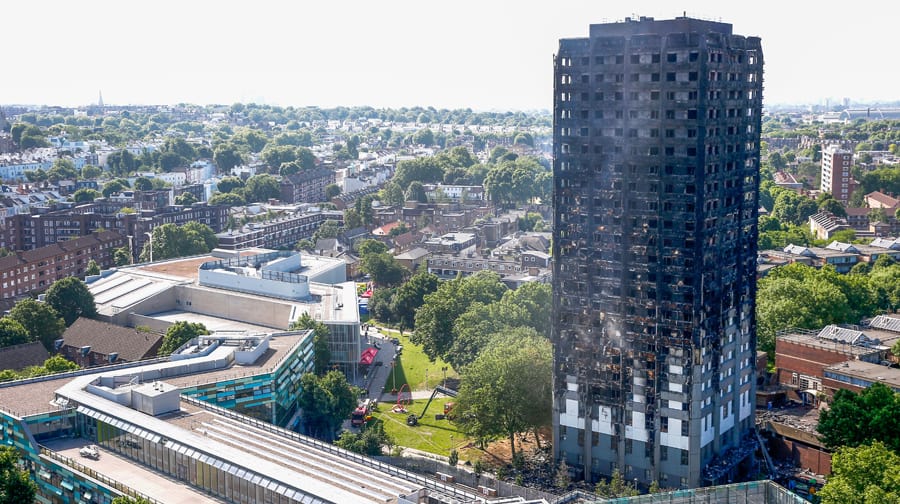 The council will carry out checks on all of Southwark’s school buildings in the wake of the Grenfell Tower fire.

Checks will be carried out on any cladding on local authority school buildings, as well as fire safety measures such as whether the buildings have sprinklers installed.

The council will also be seeking reassurance from owners of non-council buildings that the properties are fire safe.

King’s College Hospital and Guy’s and St Thomas’ hospitals will also have tests carried out on the cladding of their buildings and fire wardens have been posted in occupied areas.

Tests are currently being carried out on cladding from some of King’s College Hospital’s buildings and the monitoring of occupied areas has been stepped up.

“The safety of our patients, visitors and staff is of paramount importance,” said a spokesperson for the hospital.

“We have responded to NHS [Improvement’s] request for information including our current fire safety procedures and details of all our buildings.

“The trust has fire wardens in all occupied areas and we are satisfied that our current procedures are robust. We are awaiting further detail on intrusive panel testing and until such time as those tests have been completed we have increased the monitoring of occupied areas.”

Guy’s and St Thomas’ NHS Foundation Trust has also checked the cladding on all of its tall buildings, at both hospital and community sites, to make sure it is made of non-combustible material.

“We are reassured and do not believe that similar materials have been used to those used in Grenfell Tower,” a spokesperson told the News.

“Additionally, we have instigated additional fire wardens and fire safety checks and reminded all staff of fire safety and prevention measures, and to remain extra vigilant.”

The trust was contacted by NHS Improvement (NHSI) over the weekend and asked to submit samples of exterior cladding from Guy’s Tower to be tested by the central government team. Guy’s and St Thomas’ has also requested a formal fire brigade inspection, as advised by NHSI.

Residents packed out a room at the Old Kent Road fire station for a meeting to discuss fire safety concerns on Tuesday evening.

Questions were asked about whether the council would look at the safety of young families, elderly people and people with disabilities living in tower blocks who would have to get down numerous flights of stairs to get to safety if a fire broke out.

Concerns were also raised about whether the fire doors in all 174 of the council’s tower blocks were fitted properly and one resident asked whether the fire brigade would inspect blue netting currently covering the block where he lived while work was carried out.

Commander Chisholm reassured residents that the fire brigade would carry out checks for any concerns they had, such as cracks in buildings.

“I’ve been in the fire brigade for 27 years and my colleague to my left [David Rowson] has been for 30 years and we’ve never seen anything like that [the Grenfell fire],” he added.

“Our policy is still stay in your flat and we will come and get you.”

Cllr Cryan admitted that “everything is on the table after Grenfell”.

“If anything is to come out of this, there has to be a whole review of building regulations,” she said.

“I’m a parent myself and I have to say the last ten days I’ve been reviewing me and my children and what we would do if there was a fire. We are all scared and worried at the moment.

“The stay put option works and is the best option for you.

“If anyone has a concern about a particular floor, give me the number and we will go and check to try to give you that piece of mind and security.”

The council reassured residents that they would be kept up to date with correspondence both online and via hard copies of letters posted out to them.

A dedicated email inbox has been set up to deal with residents’ fire safety concerns.

Anyone with a question or concern can contact: firesafetyconcerns@southwark.gov.uk