Southwark’s top cop vows to clamp down on violent crime 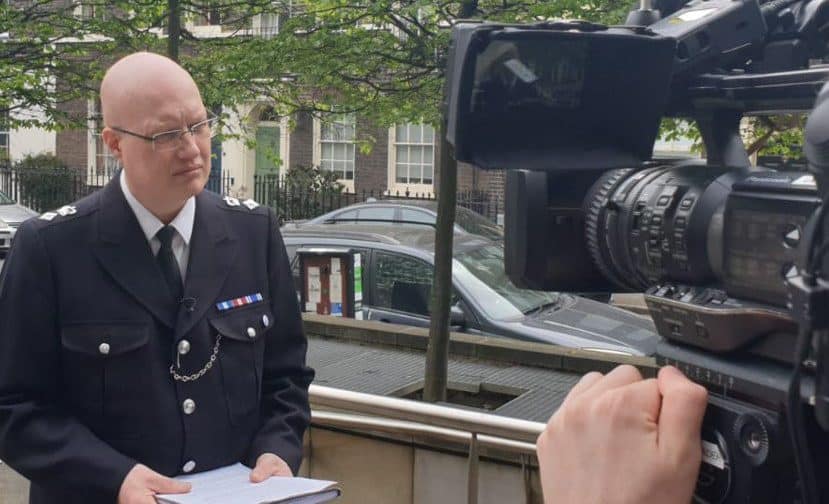 Southwark’s top cop has moved to reassure residents that officers are tackling violent crime, after a spate of stabbings in recent weeks.

A ‘violence suppression unit’ in Southwark and Lambeth made fourteen arrests and a number of charges in the week Ch Supt Wingrove spoke to the News. This is a typical number for officers, in the unit, he said.

However, while seeking to reassure residents that tackling violent crime remained a top concern, Commander Wingrove said it was actually down from last year in certain categories.

“If you look at violent crime, knife crime with injuries for under 25s, we’re a third down from last year,” he said.

The SE1 postcode is a particular flash-point, he said: “One of our long-term hot spots is SE1 and that top half of Southwark borough, particularly around robbery offences.”

Asked whether the drugs trade spurs on violent crime in Southwark, he said: “That’s part of it without a doubt.

“Anyone who buys drugs, whether it’s cannabis or whatever, at some point in that transaction, people are taking risks, people are committing crime. That dynamic leads to violent crime.”

On policing breaches of the coronavirus legislation, Commander Wingrove said little had changed operationally for officers, despite ever-changing advice and laws from the government.

“Our approach remains the same,” he said. “Most people when they receive advice, they comply.”

Would he, as some in government have said, tell on a neighbour who has had more than six people over to their home? Over the summer, those serious breaches included illegal raves and parties, particularly around Burgess Park.

As the nights draw in and the weather gets colder, this now seems to have become less of an issue, and he says there has not been a resurgence since an injunction was granted.

“Not since that has happened,” he said. “The messaging has got out.”

“I  would really want to reassure [residents] that violent crime is our number one priority,” he said. “Our officers work really hard… and they’re helped by other officers across London so that we are able to take high-harm offenders off the streets.”

“We want to have more community engagement and more working with organisations to be more responsive to things. We want to police by consent.”