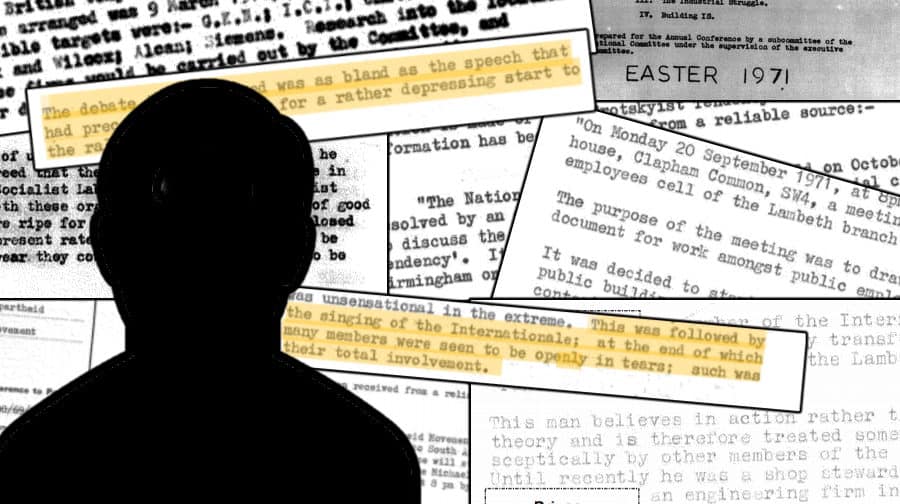 Extraordinary details of how an undercover detective took on a whole new identity to spy on south London political activists have been revealed for the first time.

The former detective sergeant spied undercover on ‘subversive’ socialists and anti-apartheid activists in Lambeth for the Metropolitan Police between 1970-71.

His top secret deployment ended shortly after he wrote off his unmarked police car by crashing it into a tree while drunk.

Under the cover name “Stewart Goodman”, the officer led a double life as an unemployed musician living in a ground floor bedsit in Streatham to infiltrate the Anti-Apartheid Movement and the Lambeth International Socialists.

In a witness statement to the Undercover Policing Inquiry, ‘Stewart Goodman’ told how he changed from a “typical” policeman to wearing “tatty” clothes as an undercover spy in the Special Demonstration Squad (SDS).

“Before going undercover I looked like a typical, respectable policeman with short back and sides,” he said.

“I grew bum fluff on my face and let my hair grow to shoulder-length … This obviously presented difficulties for my personal life as I would get very strange looks while I was out with my wife.”

For legal reasons, the officer’s real name cannot be published. He is referred to by the inquiry, which is investigating tactics used by undercover police agents, as ‘HN 339.’

His unit, the SDS, was an undercover squad within the Met Police established in 1968 with the purpose of infiltrating left-wing activist groups.

Officers in the secretive group – who dubbed themselves ‘the hairies’ – have been accused of adopting the names of dead children, and even fathering children with activists they were sent to spy on.

During the early days of the SDS this did not happen, according to the officer.

“To my knowledge, sexual relationships were not an issue during my time in the SDS and I would never have dreamed of entering a sexual relationship with an activist,” he said in the previously confidential documents made public on Thursday.

His statement added: “It was not the practice at the time to use a deceased child’s identity; we were just told to pick our names.

“My cover backstory was that I had been bumming around Europe playing guitar and singing and I had just returned to the country.”

HN 339 was originally assigned to infiltrate the Anti Apartheid Movement in October 1970, under the Goodman alter-ego.

His reports – which lasted until February 1971 – focussed mainly on the activity of the Dambusters Mobilising Committee, a sister group of anti-apartheid activists.

The group protested the construction of Cahora Bassa Dam, which would supply electricity to apartheid South Africa, by staging sit-ins in British banks financing the project.

But the real goal was to gain credibility to infiltrate more “militant” groups in south London, the officer told the inquiry.

“Effectively it was my training ground and allowed me to gain legitimacy and an activism background to then move on to another group,” he said.

That group was the International Socialists, which later became the Socialist Workers’ Party. Eventually his infiltration would be so successful that he became the treasurer, and the branch leader’s “right hand man.”

In 1971, ‘Stewart’ rang up the then-branch secretary of the Lambeth International Socialists and met him in the pub for drinks.

He earned his trust – and used that trust to report on a mix of private and public meetings to the authorities.

“The meetings that I attended tended to take place above pubs and I remember that a lot of Guinness would be drunk,” said the 27-page statement.

Shifts were long, he said – three or four meetings a week – and the deployment was open-ended.

“I understood that the overall objective was to provide useful information about demonstrations and intelligence about people who were seen as subversive,” he admitted.

‘I wrote off my unmarked police car by drink driving’ 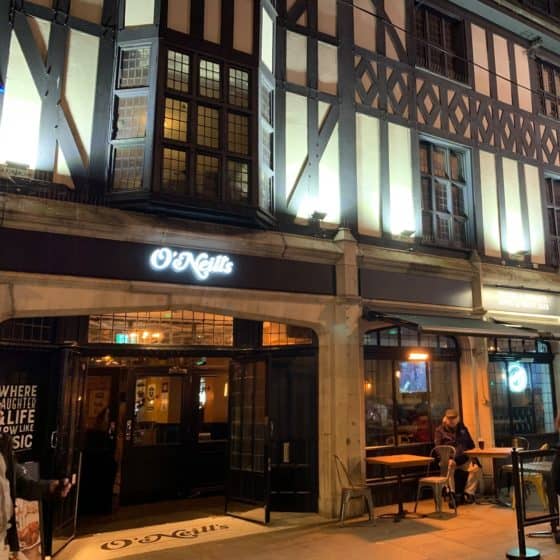 Meetings took place in what is now the O’Neills in Clapham Common as well as other boozers (Image: ONeill’s/Facebook)

The mole’s position gave him a vantage point to report on the ideological splits within the International Socialists – dispatches which were then passed onto MI5.

A tranche of previously confidential reports released by the inquiry reveal how Special Branch took interest in a infighting within the International Socialist leadership, and a splinter group called ‘The Trotskyist Tendency’.

“The implications of an apparent rift in the group should not be underestimated,” states one cable.

The cables also reveal how HC 339 flypostered Oval Cricket ground in a bid to keep his cover with activists.

“All I remember is that we went out fly posting and I helped daub posters on the walls and all of a sudden we heard police sirens and we scarpered,” he said.

But many of the often sparsely attended revolutionary meetings – held in pubs like the Tulse Hill Tavern and The Plough in Clapham Common – appear to have uncovered little beyond standard left-wing organising.

A rally of 600 International Socialists in Skegness in October 1971 was “rather depressing” with predictable speeches about the dangers of capitalism, states one HC 339 report.

Real-life IS members did not think so. It ended with them singing the Internationale, “at the end of which many members were seen to be openly in tears; such was their total involvement,” it adds.

The top-secret deployment ended after “Stewart Goodman” crashed an unmarked police car into a tree after a boozy meeting with activists, he told the inquiry.

Police on the scene did not arrest him, and even gave him a lift home after he broke cover to tell them who he was.

He appeared in court with dangerous driving, but remembers only being given a fine. Senior bosses within the SDS may have given Magistrates a private briefing about him being a secret police agent, he recalls.

“I think it may have been the catalyst for me being withdrawn but I cannot be sure about this,” he said.

While he was moved on to different duties, “there was no formal disciplinary action taken.”

“Even though I was drinking quite heavily at this time, there was no suggestion that I had any more of a drink problem than anyone else in Special Branch and my drinking certainly was not addressed by management following this incident,” he said.

HC 339 went on to enjoy a long career at the force until retiring from a senior position in the 1990s. 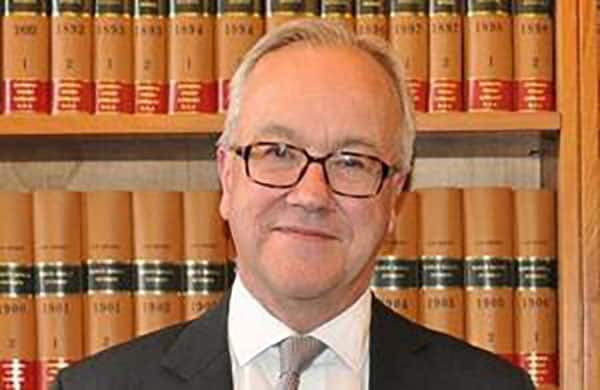 The revealing cache of documents have come to light because of an inquiry into undercover policing tactics led by Sir John Mitting.

The ‘Spycops’ inquiry was announced in 2015, following a string of damning reports in newspapers about the conduct of undercover detectives.

This cache of documents was made public for the first time on Thursday, along with cables and witness statements from other former undercover detectives in the Special Demonstration Squad.

While some officers have had either their cover names or real names published, many are still protected by anonymity.

The inquiry has been criticised by some of those spied upon, including the family of murdered Stephen Lawrence.

At least three undercover police officers spied on the Lawrence family as they campaigned for justice.

Mitting has said it is a key issue for his inquiry to discover the extent to which undercover ‘spycops’ monitored the Lawrence family.

But in a statement to the inquiry, Baroness Lawrence’s representative said she is “losing confidence, if she has not already lost it, in this Inquiry’s ability to get to the truth.

“The truth as to why she, her family and supporters were spied upon by the police.”