The building, which is believed to have been used by squatters, was "badly damaged" in the blaze. 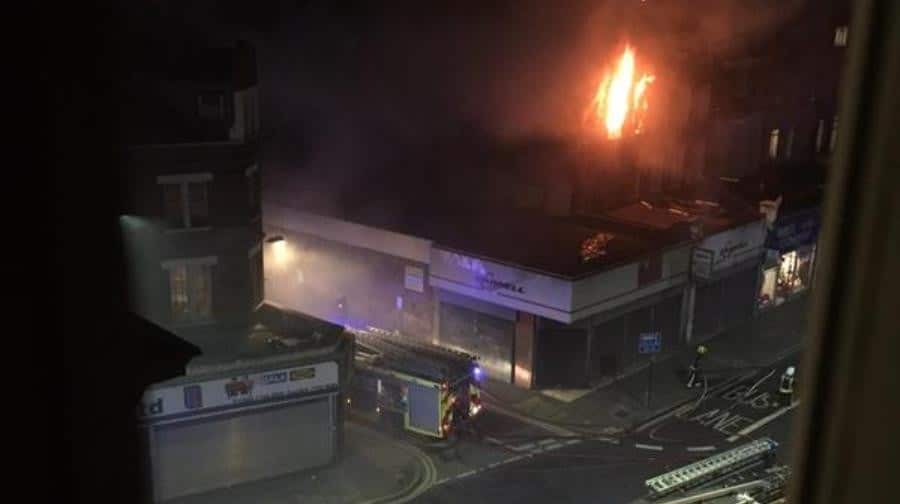 A building in Camberwell that was being used by squatters was “badly damaged” in a fire last weekend.

The fire was located in the second and third floors of the four-storey block in Camberwell Road, which is made up of disused flats and a warehouse.

Neil Chisholm of London Fire said: “We believe that the derelict building was being used as a squat, but thankfully there was no one in the building when we arrived and there are no injuries. The fire is under control and fire crews carried out a search of the building and found two gas cylinders which were cooled down as some cylinders can explode when exposed to heat.”

Camberwell Road was closed and members of the public were warned to avoid the area. Fifty eight fire fighters and eight engines from Lambeth, Brixton, West Norwood, Soho, Dowgate and Peckham fire stations attended the incident.