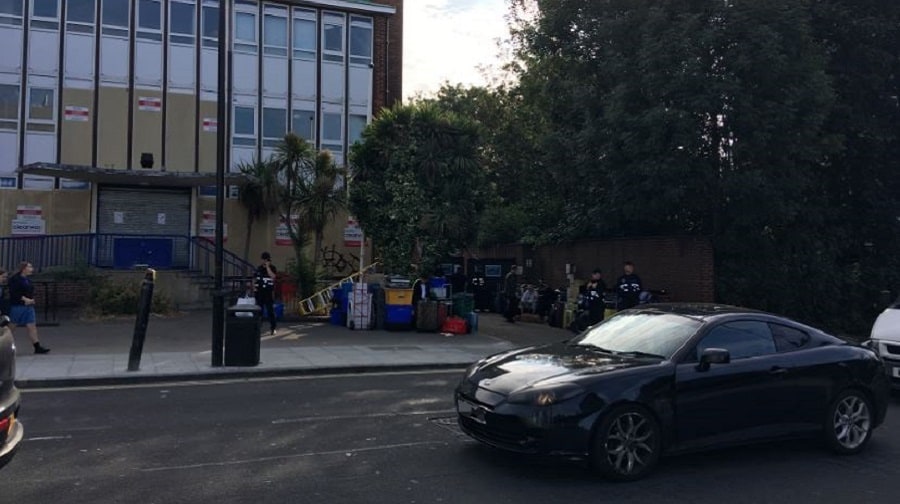 Squatters, who set up camp in the closed-down Rotherhithe police station, have been evicted.

The News reported on Monday that people had moved into the building in Lower Road, which had stood empty since it closed its doors at the end of last year.

But they have since been evicted and landlords British Land are now looking at ways to stop it happening again.

“On Wednesday morning County Enforcement, acting on behalf of British Land, evicted a number of individuals who had been illegally occupying the former Rotherhithe Police Station on Lower Road,” said a spokesperson for British Land. “This eviction followed the due legal process and the building has now been secured.

“Security measures to protect the site are already extensive, although we will be reviewing procedures to minimise the possibility of a reoccurrence in the future.”

The former police station in Lower Road was closed down after 52 years as part of Metropolitan Police cuts, which also saw the front counters at Peckham and Southwark stations close to the public.

Walworth is now the only police station in the borough with a front counter open to the public 24 hours a day, seven days a week.

The team of police officers based at Rotherhithe now operate out of a purpose-built hub behind Seven Islands leisure centre on the same road. The building in Lower Road was later bought by British Land to be redeveloped as part of its 53-acre Canada Water Masterplan.

British Land submitted outline plans for its huge development to the council in May, which includes up to 3,000 homes and a new high street, town centre and leisure centre.

The proposal also includes detailed plans for the project’s first three buildings which would be built on Surrey Quays shopping centre’s current overflow car parks between Deal Porters Way and Canada Water Dock, as well as the empty site at Roberts Close.