Around a dozen protesters are taking a stand against the "gentrification" of the area. 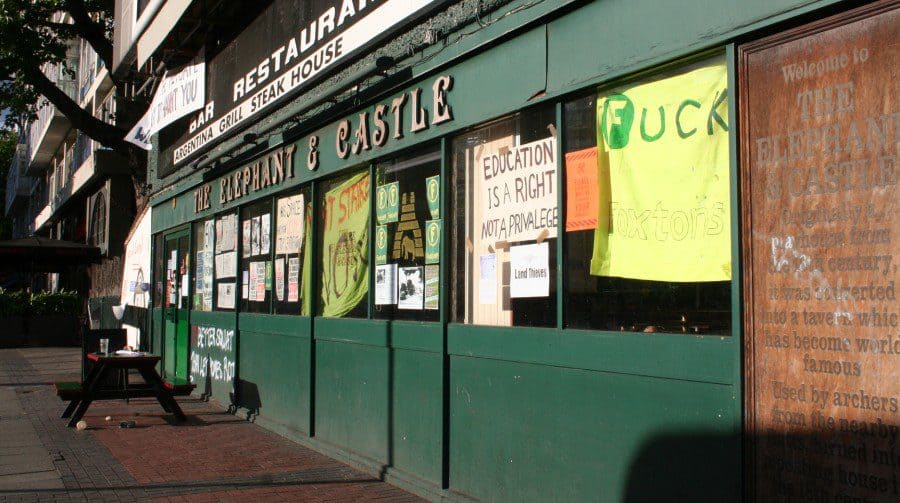 Since the news that Foxtons were interested in the Elephant and Castle pub came to light, the historic boozer has been taken over by squatters.

The group took over the pub, which dates back to the 1700s, on Wednesday, in an attempt to outfox the estate agent chain. A legal loophole means the police cannot remove squatters from commercial property without a court order, which can take weeks.

This follows the recent occupation of blocks on the Aylesbury Estate by protestors campaigning against the demolition of social housing properties in the borough.

The owner of The Elephant & Castle was contacted but declined to comment.