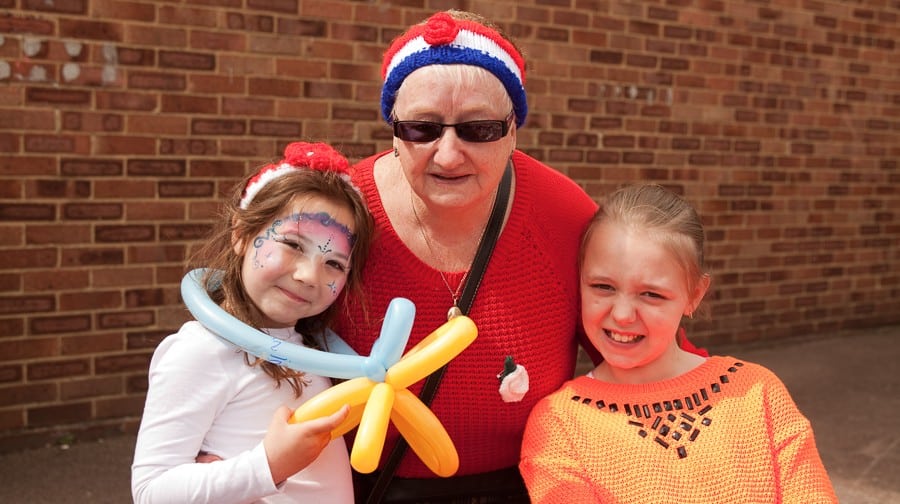 A great-grandmother got a standing ovation as she received a lifetime achievement award for her work in the community.

Pat Hickson’s annual St George’s Day knees-up, now in its tenth year, was originally started in 2005 as a response to BNP marches through Bermondsey.

Hundreds flock to Ilderton School every year for the patron saint’s community fete, which Pat says is for everyone.

“We have everybody from different faiths from different countries…we brought the community together,” said the 74-year-old who also runs numerous activities and clubs for her neighbours on the Bonamy and Bramcote estate.

The septuagenarian, who barely has a minute to sit down and Face-time her granddaughter in Australia on her new iPad, said she was “very emotional” at the Housing Heroes award ceremony last week when she went to collect her gong and got a standing ovation from the crowd. “The reaction that I got was unbelievable,” said Pat. “I was so emotional you just can’t imagine.”

“I often get asked why do I do what I do and the answer is because I live here, this is my community and my people and I want to keep the community going,” she said.

“I’m not a one man band, though,” she added. “There’s a team of people working with me and I couldn’t do it without them.”

Michael Hulme was awarded Neighbour of the Year for looking after the residents of Delawyk Crescent estate and Stephen Dawson got the award for Customer Service of the Year for his hard work on the council’s cleaning team.

Christina Nilsen got Best Community Initiative award for setting up a gardening project on the Avondale Square estate and Decima Street TRA won the award for Outstanding Tenant and Resident Association 2014.

Cllr Richard Livingstone, cabinet member for housing, said: “People often tell me what they like most about our borough is the strong sense of community we have here. Our communities are the key ingredients that make the difference between our estates being made up of buildings people live in and real homes.

“At a time when it is becoming more common for people not to know their neighbours, we should be truly grateful to those groups and individuals who are building communities where people feel valued and supported.”