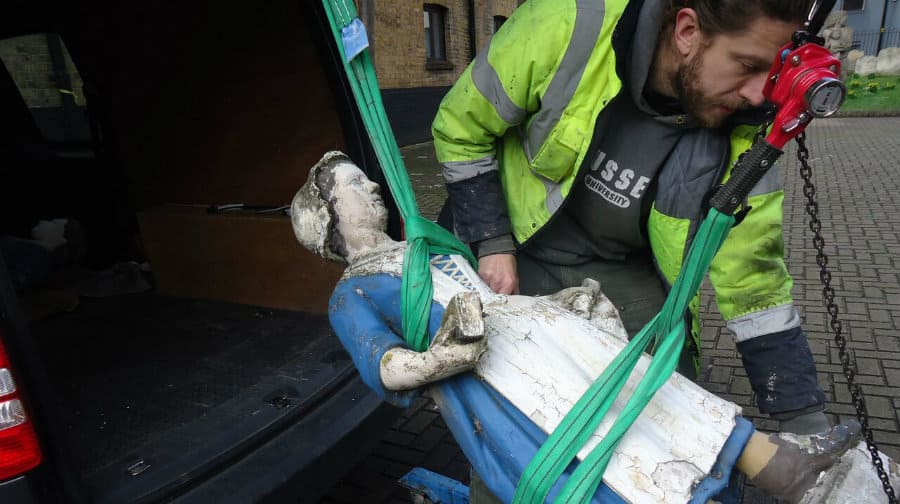 One of the statues being removed

Restored 200-year-old statues from an historic Rotherhithe school will be unveiled on Saturday, writes Callum Burroughs.

The figures of two school children originally resided above the old Free School on St Marychurch Street but were removed in February to begin their regeneration.

Now restored through the work of conservator Brian Hall, the public have an opportunity to examine the figures up close at an event in Rotherhithe.

The Free School in Rotherhithe was established in 1613 by Robert Bell and the statues have now been restored to their traditional ‘bluecoats’, through the removal of 26 layers of paint.

First made in 1795, it is expected that the statues were painted every ten-twelve years for more than two centuries with various different colours emerging over time.

The figures had faded dramatically over the timespan with their original colours only revealed to conservators through painstaking effort in the past few weeks.

The finely carved figures, one boy and one girl, were originally believed to be made of coade stone but have actually been found to be made of the far more valuable Portland limestone.

Members of the public will be able to see the restored figures at The London Bubble Theatre Company in Elephant Lane, close to Rotherhithe station between 10am and 1pm.

The statues before their restoration