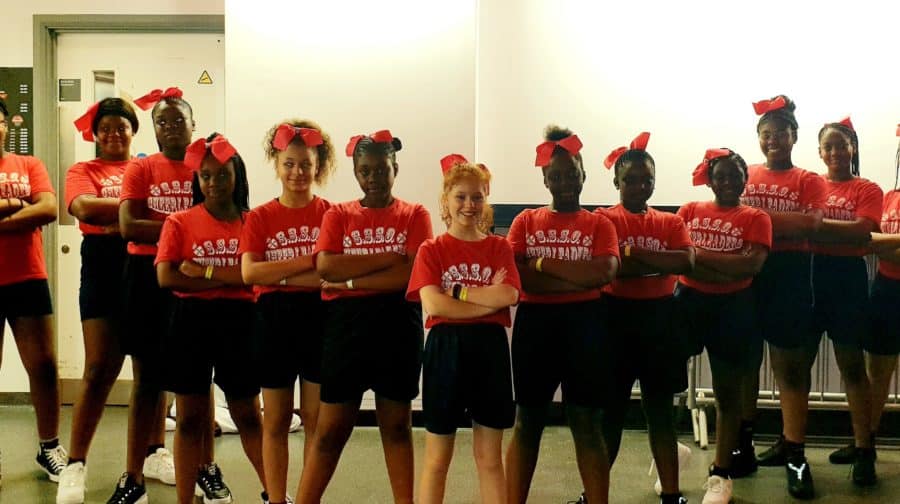 A group of St Saviour’s and St Olave’s schoolgirls have won medals at a national cheerleading competition – in their first ever public show.

Thirty-two student from years seven and eight took part in the junior division of the Legacy Alpha and Omega Schools and University National Championships.

Held at Queen Elizabeth Olympic Park on Saturday, February 22, the competition saw the team from the school near Elephant and Castle perform their routine timed to music.

One of the school’s team members was the youngest to compete on that day, and the majority had never performed any kind of dance or gymnastics routine in front of an audience.

PE teacher Tara Finnegan said: “Since September, the students have been training each week to learn and perfect their routine and I am overjoyed to say that their hard work paid off and they were crowned champions of their division”.