Her creation was brought to life by feted designer Tom Faulkner 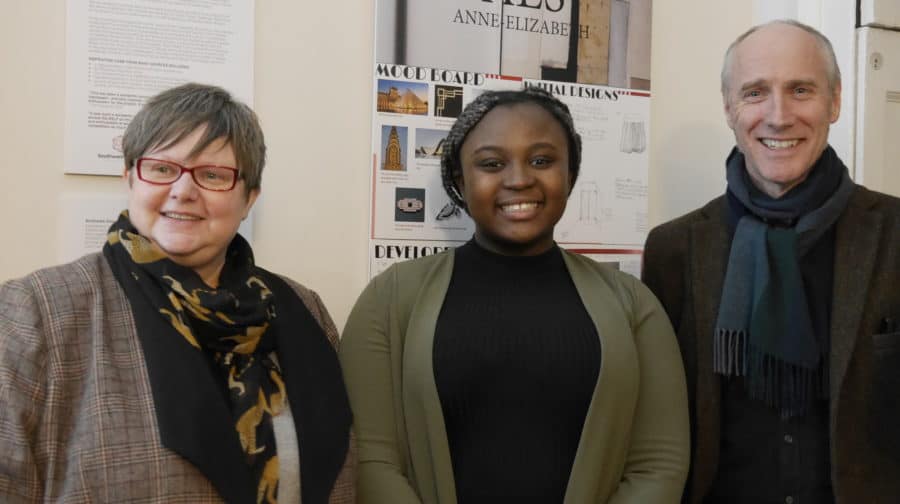 Anne-Elizabeth with Tom Faulkner and the finished product

A St Saviour’s and St Olave’s School student has won first prize in a design competition.

Anne-Elizabeth Sowah, who is studying product design at the girls’ School in New Kent Road, was announced as the ‘Take a Seat’ competition winner on Tuesday at Dulwich’s Bell House.

The competition saw eleven students from five Southwark schools enter the contest to have a chair of their own design created by top designer Tom Faulkner.

The bespoke furniture designer gave the young creatives a helping hand throughout the process, including bringing them to his Chelsea showroom and studio in Swindon, where his work is handmade.

“The ziggurat, a stepped pyramid, is reflected in the legs of my chair, embodying what the Art Deco movement stands for.”

The pupils have been working on their designs since October in workshops led by Interior designer Nicola Burt, from the KLC School of Design.

After creating the piece, Faulkner kindly gifted it to Anne-Elizabeth. It will now be on display in the school until the summer.