Paul was admitted to hospital with gastrointestinal bleeding, a side-effect of his cancer treatment years earlier 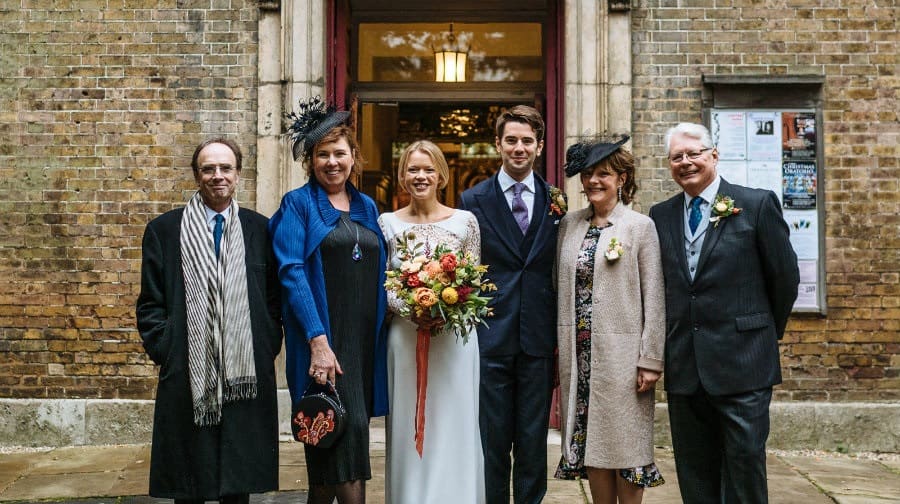 Kind-hearted medics from St Thomas’ Hospital made it possible for a seriously ill patient to attend his son’s wedding.

Paul Cartwright, 57, was admitted to the hospital in early October suffering from gastrointestinal bleeding due to the long-term effects of cancer treatment many years ago.

Paul was hoping to be discharged in time for his 30-year-old son Sam’s big day but he was not well enough in time and asked the High Dependency Unit team if there was a way he could be there. The unit managed to arrange for Dr Adrian Pakavakis, an intensive care consultant, and Linda Cooper, a senior nurse from the critical care response team, to take him to the wedding.

“At the time I was feeling very depressed because I was bleeding and there was no end in sight. All I could do was wait to see if it stopped. The weeks I’d been in the hospital were clocking up and I became fearful of what my life would be like when I eventually went home,” said Paul.

“Things seemed very bleak when Sam’s wedding was approaching. A couple of days before the wedding, the critical care team told me I would be able to go, which was a huge relief.

“It was lovely to see Sam marry his wife, Juliet. He was so happy that I was there and it was beneficial for my family, including my wife Sally and younger son Max, that I could be there, as they would have felt very bad if I hadn’t.

“Seeing me there was very comforting for them as it made me appear to be less ill. It also meant that Sam felt comfortable going on his honeymoon without worrying about me.

“Dr Pakavakis and Linda were discreetly by my side, which made me feel very secure. The day was a good distraction from what I was going through. I stayed for a couple of hours for the ceremony and photos before needing to go back to St Thomas’.

“Witnessing my eldest son get married was a major life event that I would have missed had it not been for the care provided by the team. I’m so grateful for the team from St Thomas’ for making it happen.”

Paul’s bleeding stopped shortly after the wedding and he has since been able to go home.

Clare Meadows, matron for critical care, said: “As a critical care team we were absolutely delighted that we could support Paul to attend his son’s wedding.

“We pride ourselves on providing high quality care for patients but sometimes they need more than conventional treatments.

“It is wonderful to be able to go the extra mile to make a positive impact on a patient’s well-being and we hope to do similar things for other patients in future.”