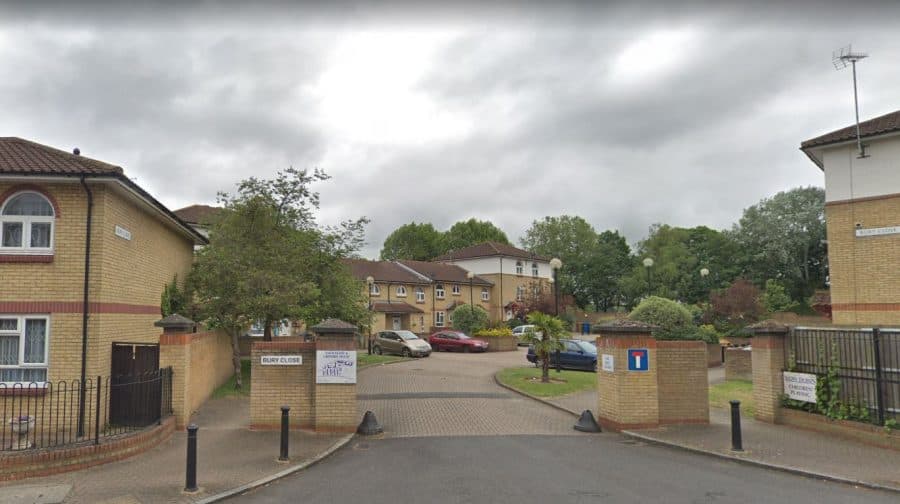 One of the men was found stabbed in the chest, while another suffered slash wounds on his arm (Image: Google Maps)

Two men were found stabbed in a Rotherhithe street in the early hours of this morning (Thursday November 1).

Police were called to Bury Close, which leads onto the Amos Estate, shortly after 2:30am to reports of a stabbing.

They found one man who had been stabbed in the chest, while another was found with a slash wound on his arm.

The pair were rushed to hospital, but the authorities say their injuries are not life-threatening or life-changing.

Rocky Djelal, 38, died as a result of his injuries and police have launched a murder investigation. But officers told the News that the Met did not think the events were connected.

A Met Police spokesperson told the News: “Police were called at 02:39hrs on Thursday, 1 November to reports of a stabbing on Bury Road, Southwark.

“Officers attended and found one man suffering from a slash wound to his arm and another with a stab wound to his chest.

“Both were taken to hospital and their injuries were not deemed life threatening or life-changing.”

No arrests have yet been made and police enquiries continue.