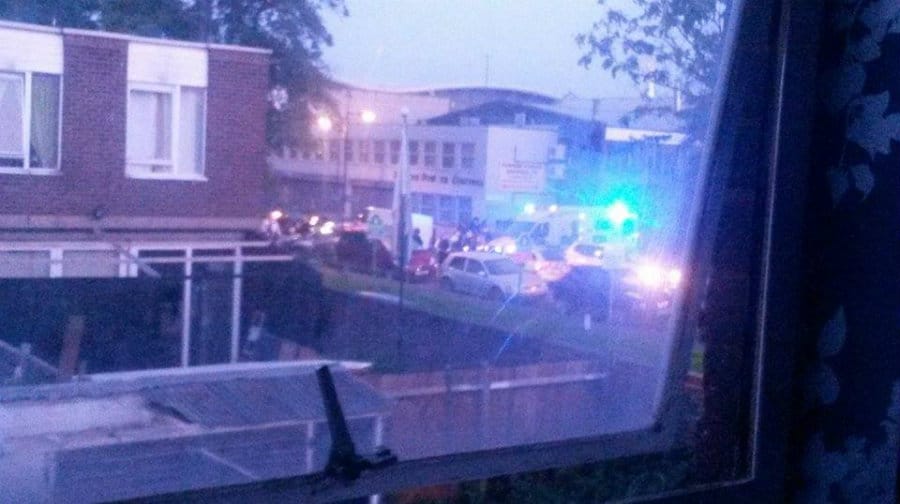 The scene after the stabbing on Sunday morning in Hatcham Road

Residents of a street plagued by all-night parties have demanded the council take action after a man was stabbed on their doorstep in the early hours of Sunday morning.

Eye-witnesses told the News the large crowd gathered along Manor Grove and Hatcham Road in Peckham at 6am was typical of the loud events keeping them awake every weekend.

The police are now appealing for witnesses to the incident in which a 40-year-old man was stabbed a number of times as he tried to leave an event in Hatcham Road in his car.

He remains in a stable condition in hospital and no arrests have yet been made.

A resident of Manor Grove, who witnessed the attack but did not wish to be named for fear of reprisals, said she and her neighbours had been complaining to the council about the nuisance and danger of the all night events for years.

“This has got to stop,” she said. “I’ve come home of a Sunday morning and seen a woman going to the toilet on the floor and my neighbour caught a bloke doing the same thing up against his house. It’s disgusting what we’ve got to put up with.”

Cllr Michael Situ, Southwark’s cabinet member for communities and safety, said: “At the moment, we are thoroughly investigating the noise and anti-social behaviour complaints surrounding the units at Manor Grove. This will inform any enforcement action carried by the council or the police.

In the meantime, it’s important that residents continue to report any noise issues to the council and issues related to crime and disorder to the police.”

Anyone with information about the stabbing should contact DC Blackman from Southwark CID on 0207 232 6226 or Crimestoppers anonymously on 0800 555 111.