"He’s an inspiration to all young actors, but especially those who may feel their face doesn’t fit in the still-too-homogeneous world of the performing arts." 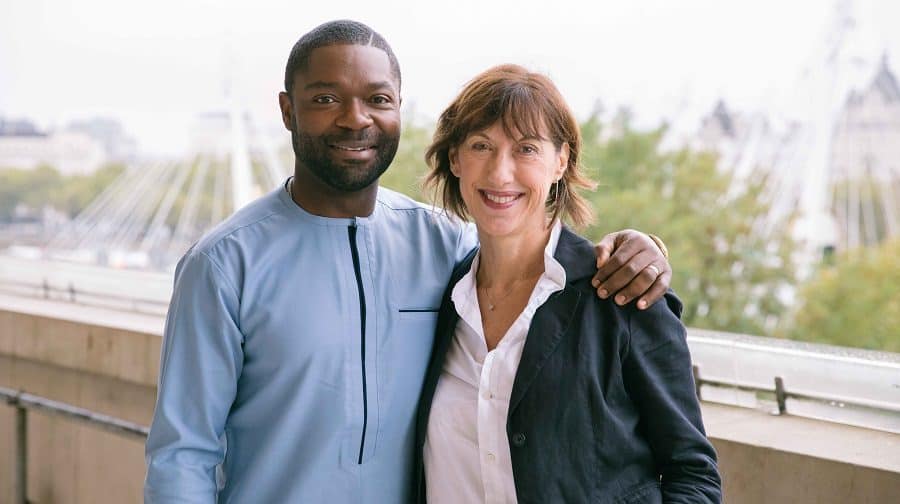 Actor David Oyelowo OBE has been awarded an honorary doctorate from London South bank University – and his school drama teacher joined him for the ceremony.

A multiple Emmy and Golden Globe nominated actor and producer, Oyelowo was the first black actor to be cast as a Shakespearean king, in the RSC’s Henry VI in 2000, and went on to play MI5 officer Danny Hunter in spy series Spooks. He is also a keen campaigner for greater diversity in the arts and has used his fame to help highlight projects focusing on black history.

Oyelowo was awarded an honorary doctorate last Monday by London Southbank University at  Royal Festival Hall in recognition of his outstanding contribution to film, theatre and TV in a career that includes starring as Martin Luther King in 2014’s Selma and producing and starring in 2016’s A United Kingdom.

This Christmas he is set to appear in the BBC’s new adaptation of Les Miserables as Inspector Javet, alongside Dominic West and Lily Collins.

Oyelowo was born in the UK to Nigerian parents. He moved to Nigeria with his family at six, but later returned to London.

At Islington Sixth Form he was taught by Gill Foster, now a teacher at London South Bank University, who encouraged him to apply to drama school – leading him to take up a scholarship at LAMDA.

At the ceremony, Oyelowo said: “Gill Foster, who now teaches at LSBU, had a huge impact on me.

“She was my Theatre Studies teacher at an Islington sixth form college and I really valued her opinion.

“When she suggested I should go to drama school I began to consider acting as a career for the very first time.

“She helped me with my application and encouraged me to go to join the National Youth Music Theatre, which is where my ambition to become an actor solidified.”

Janet Jones, dean of LSBU’s School for Arts and the Creative Industries, said: “It’s a great honour to be recognising David’s achievements and amazing skill with this award.

“He’s an inspiration to all young actors, but especially those who may feel their face doesn’t fit in the still-too-homogeneous world of the performing arts.”