The charity estimates it will take them around £5,000 to replace the lost items - more than they have in the bank 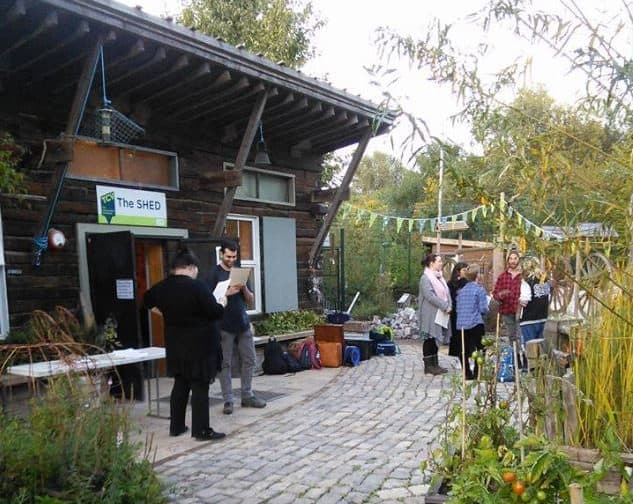 A Rotherhithe charity has said it is “devastated” after its compound was reportedly burgled for the second time in a year.

Criminals are believed to have broken into the Stave Hill Ecological Park storage facilities in the early hours of Thursday morning, taking a large wood-chipper, projector, projector screen and chop saw.

The Stave Hill branch of The Conservation Volunteers, which runs The Compound site, estimates it will cost them more than £5,000 to replace stolen items and fix the damage – more than they currently have in the bank.

“We’re a bit devastated, we’re a charity. We don’t have a lot of money, we don’t receive funding from the council.

“Everything, all the money we raise, we generate ourselves through hard work,” said site manager Rebeka Clark.

“Everyone who’s had their house burgled knows exactly how we feel.”

The volunteer-led organisation did have insurance, said Ms Clark, but said it was a choice between claiming for a new chipper and b+eing forced to pay higher premiums, something the charity cannot afford to do. Doors were taken off their hinges during the suspected burglary

The ecological park compound was also burgled in October, meaning it has been targeted by criminals three times in three years said the site manager, who has been working there for nearly thirty years.

“Whoever did it knew what they were coming in here for and what the site security was.

“They cut the gate [to the storage] off its hinges,” she added.

“I’m feeling somewhat targeted actually that a group or an individual have picked up on this and thought ‘aha, yes.’”

Agricultural equipment can be sold easily to buyers in rural areas, meaning they are an attractive target for thieves.

Residents have rallied around the charity, with a fundraiser being considered to replace the stolen items.

“One of the really fantastic things has been the local response,” Ms Clark told the News.

However, she added that “not normal” to be the victim of so many burglaries, adding: “We’ve gone for years and years without being burgled.”

The News has contacted the local Safer Neighbourhood Team for comment.