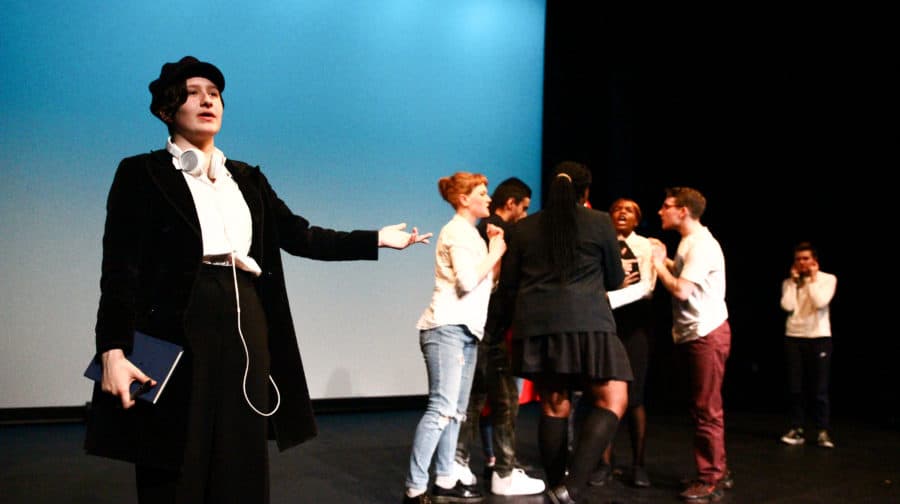 Among those performing where Bacon’s College Year Ten drama group, who adapted Dr Korczak’s Example, set in war-time Poland when thousands were crammed into a Jewish ghetto.

The play follows the story of Adzio, a sixteen-year-old Jewish boy, living on the streets, and Dr Korczak, who helps abandoned children in his orphanage.

City of London Academy, Mountview and Compass schools united to set up Play On, which brings a new approach to acting and teaching Shakespeare and produced Happy Birthday Macbeth, a prequel set on Macbeth’s eighteenth, and introducing the real cause of his rivalry with Duncan.

Another Shakespeare reimagining came from Southwark Youth Theatre, who staged their version of Shakespeare’s Henry V.

Abril Martinez-Brenes, from Tuke School, a special educational needs school in Peckham, performed two of her favourite songs, and Theatre Peckham’s own young company showed off their X.Y.Z, described as scenes of teenage London life with a ‘hint of surrealism’.