He will return for sentence on a date yet to be fixed. 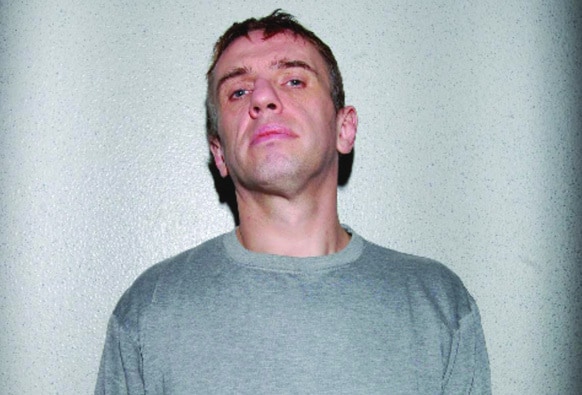 Stephen O’Rourke was today convicted of murder after stabbing to death Rocky Djelal near the children’s playground in Southwark Park on Halloween 2018.

The killer, who the court was told disguised himself as a builder before knifing the 38-year-old could, now face a life sentence.

The Old Bailey trial heard that 48-year-old O’Rourke believed was responsible for his younger brother’s murder eighteen years before,

The court heard how O’Rourke took out a knife from a carrier bag and stabbed Mr Djelal three times before calmly leaving the busy playground around 2pm on 31 October 2018 – the anniversary of his brother’s funeral.

The jury was told in the weeks earlier, O’Rourke had become increasingly preoccupied and obsessed with his brother’s death. Just a day before he carried out the murder he sent out messages saying he was ready to kill and ready for his own Valhalla – a reference to Nordic mythology where warriors who are slain, live on after their deaths.

In 2000 Mr Djelal had been arrested as part of the investigation into the murder of 21-year-old Michael O’Rourke, also known as Paddy, but was released without charge. No one has been prosecuted for that killing.

The court was told that O’Rourke had been tracking his victim through the Southwark area over the course of the day. Although unemployed, he had dressed like a labourer wearing a high visibility jacket, paint-splashed trousers and boots – to blend in with the many workmen nearby.

After the attack Mr Djelal managed to stumble away and others in the park came to his aid. 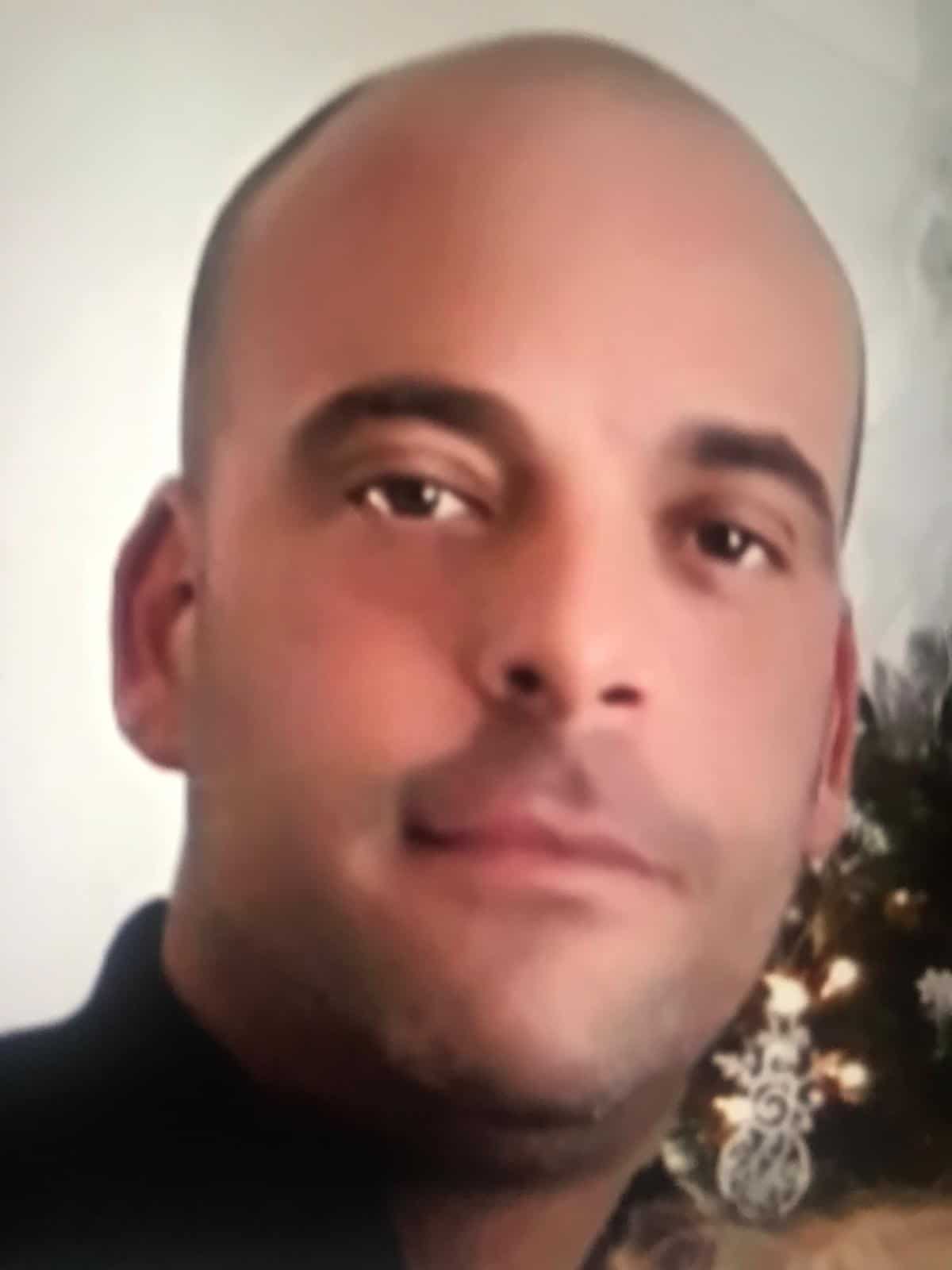 The victim Rocky Djelal, 38, from Bermondsey

Mr Djelal’s father and brother  rushed to Southwark Park having been alerted to the stabbing and paramedics also arrived soon after. However, Mr Djelal could not be saved and died minutes later.

The police investigation led to O’Rourke and his brother Jason O’Rourke being arrested on 16 November 2018. Jason took his own life at Belmarsh prison while awaiting trial for his alleged part in assisting an offender.

During a search of O’Rourke’s home address police and sniffer dogs found two high visibility jackets and workman boots as well as a number of knives. The murder weapon has never been found. 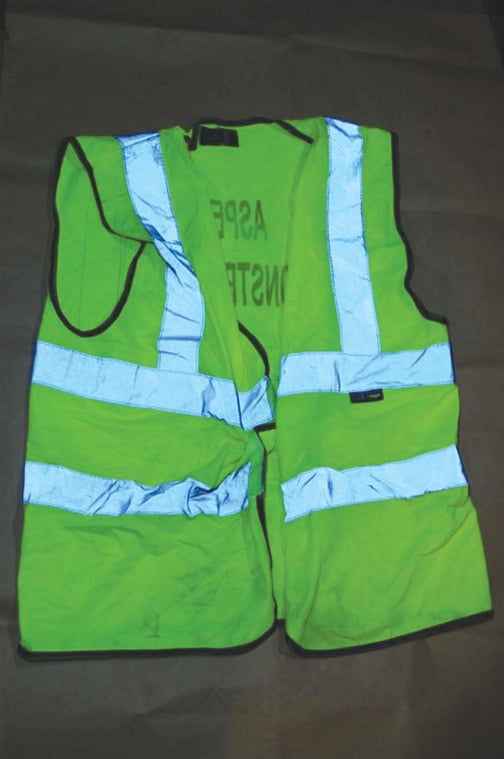 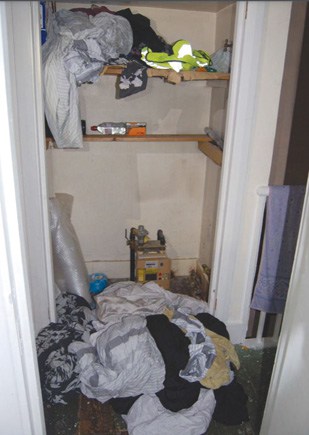 Louise Attrill, from the CPS, said after the conviction: “This was a pre-meditated, targeted and brazen execution of a man in a busy children’s park in broad daylight.

“Stephen O’Rourke knew his victim well. Their families had known each other all their lives. But O’Rourke believed that Mr Djelal was responsible for his younger brother’s murder 18 years before. That is why on the anniversary of his brother’s funeral he took it upon himself to carry out what he believed was a revenge killing. In his own words, he was ready to kill and ready for his own Valhalla.

“During the trial O’Rourke claimed that he had stabbed Mr Djelal to defend himself, but using CCTV evidence and witness accounts, the prosecution was able to prove that this was a lie.

“CCTV footage showed that on his way home from the park O’Rourke changed his outer clothing no less than three times, in a clear attempt to distance himself from a man who murdered Rocky Djelal while wearing a high visibility jacket. A bystander also witnessed a chilling smirk on his face as he walked away from scene of the crime.

“Nothing can ever bring back a loved one, but I hope this conviction goes some way in providing comfort to the family and friends of Rocky Djelal.”

O’Rourke, of Grosvenor Park, Kennington , will return for sentence on a date yet to be fixed.

The following statement has been released on behalf of Rocky’s family:

“We are a very close family who adore each other and would do anything to help each other.

“Rocky was 38 when he was taken from us. He led a somewhat troubled and chaotic life and had to deal with the consequences of this. However, to us he was a brother, a son, an uncle and most of all a father. His daughter was 16 years old when her Dad was taken from her.

“The park that evening was full of relatives and friends who wanted to support us and remember Rocky. We all stayed in the park while our priest prayed for Rocky, we were there until midnight when the coroner removed his body. Southwark Park is really significant to us as a family and we spent much of our time in this park creating some of our best memories. It was heartbreaking that we never got to say goodbye and that our final memory of Rocky in this park is one that tore us apart.

“The days leading up to the arrests were torture. We couldn’t function properly, we weren’t eating or sleeping and our bodies were in constant fight or flight mode. When the police released CCTV footage of Rocky’s murderer, we didn’t recognise him and we felt helpless. We really thought we would know who it was and be able to help.

“The police officers handling the investigation were brilliant, they worked tirelessly in finding the people who killed Rocky. When we found out they had Stephen O’Rourke in custody we were in utter shock. They used to live in the same block of flats as us when we were growing up.

“For us Rocky was a gentle giant with a heart of gold who adored his daughter and loved his family. He was a joker with a light-hearted, carefree approach to life. He was spirited, fearless and had enough courage to walk tall and stand by his principles. We loved this about him.

“His death has been debilitating for all of us. We miss the individual relationships we had with him and think about him every day. We are all really struggling with the physical, emotional and mental issues that come with losing someone so special to us. The real impact that Rocky’s death has had on our family cannot be put into words. Until you have lost a child, parent, sibling, relative or friend to such violence you will never truly understand the immense suffering or devastating effect it has on your life.

“We have lost two years of our lives waiting for the trial to begin. Although Rocky’s death has bought us even closer together there is still a lot of tension, anger and sleepless nights in our homes as we wait for justice to be served. People talk about closure with this trial but for our family there will be no closure. We are living our worst nightmare and we will never wake up from it.”