The Cockney Rebel rocker can't wait to play at the Bermondsey Carnival this weekend. 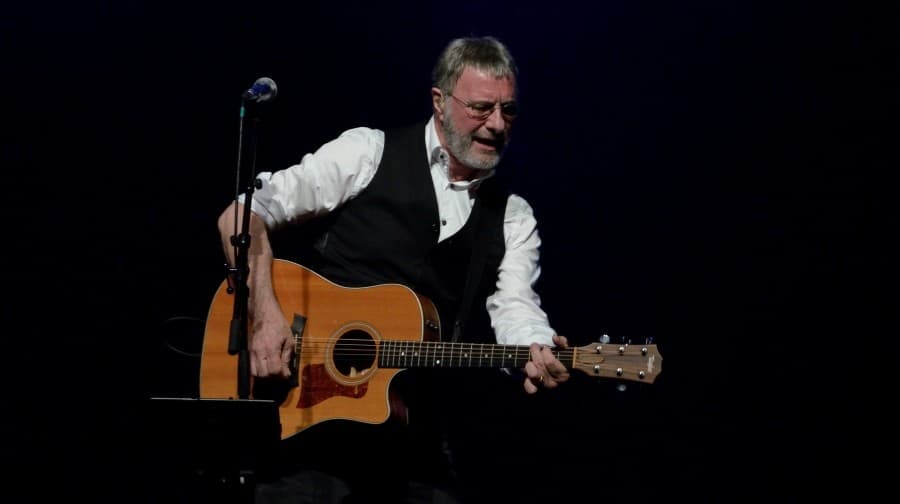 Steve Harley in action
EVEN AFTER all these years, Southwark still feels like home to Steve Harley. The lead singer for Cockney Rebel, headliners of the Bermondsey Carnival, may be living a tranquil life on the Norfolk border these days, but he has far from forgotten about his old stomping ground.
–
“It’s a homecoming,” he told the Weekender. “It’s like playing at home. I don’t get south of the river very much anymore, so it’ll be great to get back to Bermondsey.”
–
While Steve was born in Deptford and grew up in New Cross, he spent much of his childhood in Southwark.
–
“I spent a lot of time in Surrey Docks – or Surrey Quays as it’s called now since it was yuppified! My best friend’s dad owned Jay’s Stores, which sold working clothes for the dockers. That’s what Bermondsey means to me, the dockers and the real people.”
–
He talks fondly of walking to Millwall games at the Old Den during the 1960s, of playing football in Peckham Rye, of talking to his father about his own memories of kicking a ball about in Southwark Park. He’s come a long way since those early days, but he hasn’t forgotten his roots.
–
Steve took the scenic route into rock’n’roll, starting out as a reporter during the late- Sixties. While he enjoyed the newsroom atmosphere, he soon grew tired of the rules and of “hurting people.”
–
He said: “I was already a bit of a weekend hippy at that point and was getting to be a bit rebellious. In a way I was trying to get sacked, because if you managed that you were straight on the dole, whereas if you resigned you had to wait.”
–
It didn’t take long for his career to take off once he began focusing solely on music. His band signed with EMI Records in 1972 and released their debut album the following year. Their first hit, Judy Teen , reached number five in the UK charts in 1974, It was their subsequent single, Come Up To See Me (Make Me Smile) , that really established Cockney Rebel as rock’n’roll heavyweights. The song went to number one, selling over one million records, and has been covered more than 120 times by artists including Duran Duran and Erasure.
–
Things have quietened down since, but Steve is still clearly passionate about his music. He speaks excitedly about an upcoming gig at an outdoor amphitheatre in Holt, Norfolk, and reminisces fondly about past shows across Britain, Ireland and abroad.
–
For Steve, however, there really is no place like Bermondsey. “I can’t wait to play in Southwark Park for real Londoners, for old friends and family. I’m looking forward to coming home.”