Doorkins will now be remembered forever 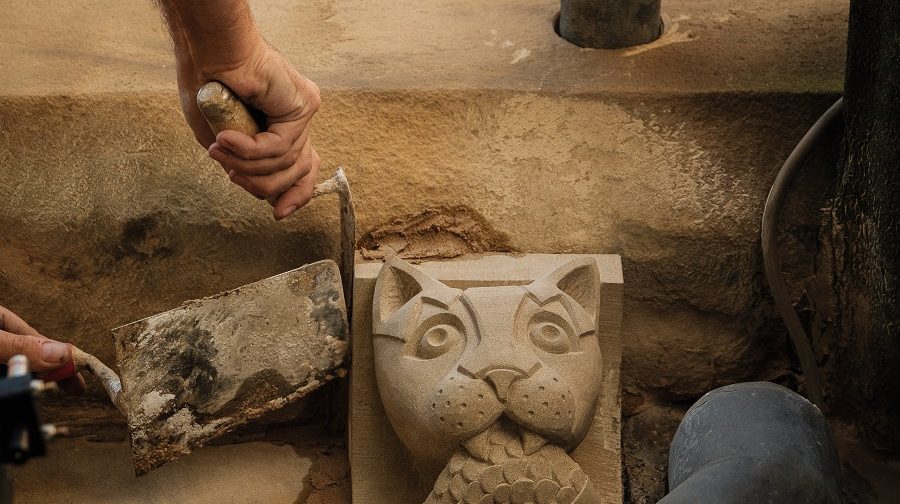 Doorkins first turned up at the cathedral back in 2008.

She had been living in Borough Market and made the cathedral her home when vergers started feeding her.

“She got brave enough come to through the door and has lived with us ever since,” Dean of Southwark, the Very Rev Andrew Dunn told the News.

“She spends lots of time sleeping and can be a bit grumpy, but she does quite like the attention.

“I’ve just done a service and she wandered right through it.

“She does distract people from saying their prayers but she also makes them smile,” he said.

Although all the attention can get a bit much for her, she is very protective of her home. “She is very territorial. We once had two cats but they had a fight during the service.

“The ginger cat has been found a home with one of the vergers and enjoys a very nice life,” he said.

Three of the four new corbels were unveiled on Monday.

The corbels depict a bowl of produce from Borough Market, suffragist Evelyn Sharp and British PC Wayne Marques from the British Transport Police who was injured fending off three attackers in the 2017 London Bridge terrorist attack, and Doorkins.

“The idea came from the students at the City and Guilds London Institute in Kennington.

“We were looking for four new corbels and they suggested the cat which delighted us because she’s part of our life,” he said.