Street in Borough taped off after woman falls from window 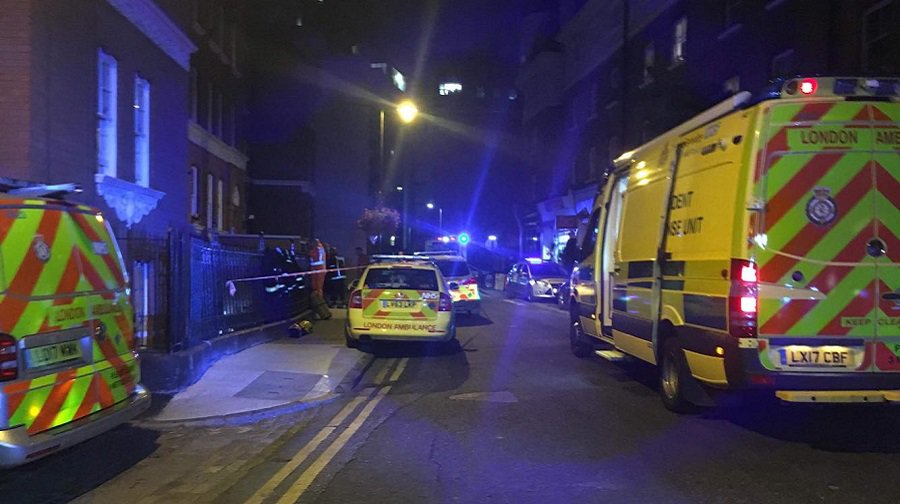 Emergency services vehicles at the scene in Snowsfields

A street in Borough was taped off after a woman fell from a window.

Police were called to reports of “a female threatening to jump” from a building in Snowsfields SE1 at about 9.47pm on Wednesday, July 11.

About 20 minutes later it was reported that a female had fallen from a window.

A Metropolitan Police spokesman told the News: “Police were called at 9.47pm on July 11 to Snowsfields SE1 to reports of a female threatening to jump.

“It was reported at 10.10pm that a female had fallen from a window.

“She was taken to hospital with serious injuries but her injuries are not thought to be life threatening.”

A London Ambulance Service spokesperson added: “We were called at 10pm yesterday to Snowfields, SE1, to reports of an incident.

“We sent an incident response officer, a single responder in a car and an ambulance crew to the scene.

“We treated a person at the scene and took them to a major trauma centre as a priority by road.”

Southwark NewsNewsStreet in Borough taped off after woman falls from window