Street named after hero soldier Lee to be officially opened

O'Callaghan Way, in Elephant and Castle, has been named after Lee O'Callaghan who was killed in Iraq 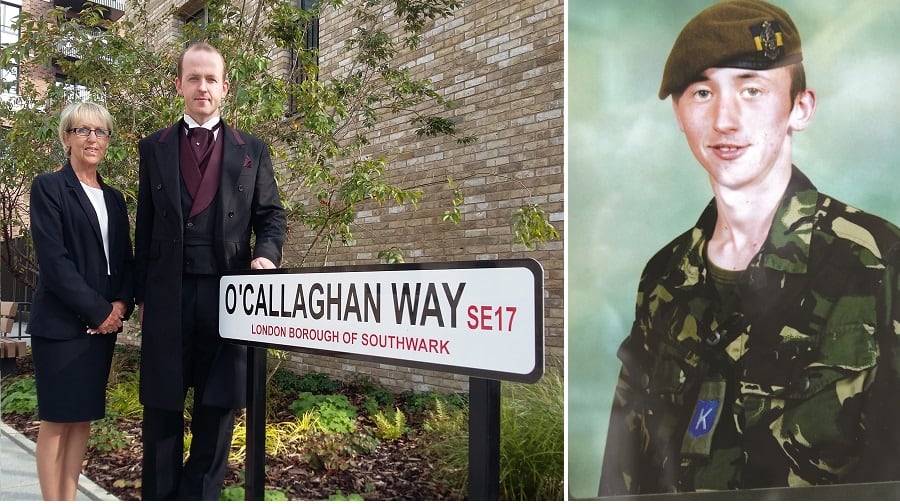 A new street named after a Walworth-born soldier fatally shot in Iraq will be officially opened this weekend.

Private Lee O’Callaghan was only 20-years-old when he was killed in the city of Basra on August 9, 2004, while serving in the Army.

Lee, who served in the 1st Battalion the Princess of Wales Regiment, was the 62nd British soldier to be killed in the Iraq war and the fourteenth to die after the war was declared over.

The Millwall fan had been on duty for five months, with just one week left before he was due to fly home on leave and be reunited with his family.

To remember the fallen soldier, a street in the Elephant Park development has been named O’Callaghan Way.

Lee’s name was put forward with more than 130 suggestions to name new streets and blocks in the borough over the next fifteen years.

The street, which will link Heygate Street with Wansey Street, is located around the corner from where Lee’s younger brother Danny and mum Shirley both work at the Walworth branch of F A Albin & Sons funeral directors.

Shirley will officially open the street by cutting the ribbon this Saturday, December 9, in what will be an emotional moment for the young soldier’s family.

The opening will be part of a ‘meet your neighbour’ event from 11am to 1pm organised by developer Lend Lease, where residents will have the chance to meet each other and others in the community.