'There are many dance locations in the UK worthy of a blue plaque but none more so than the iconic Grafton,' says Goodman 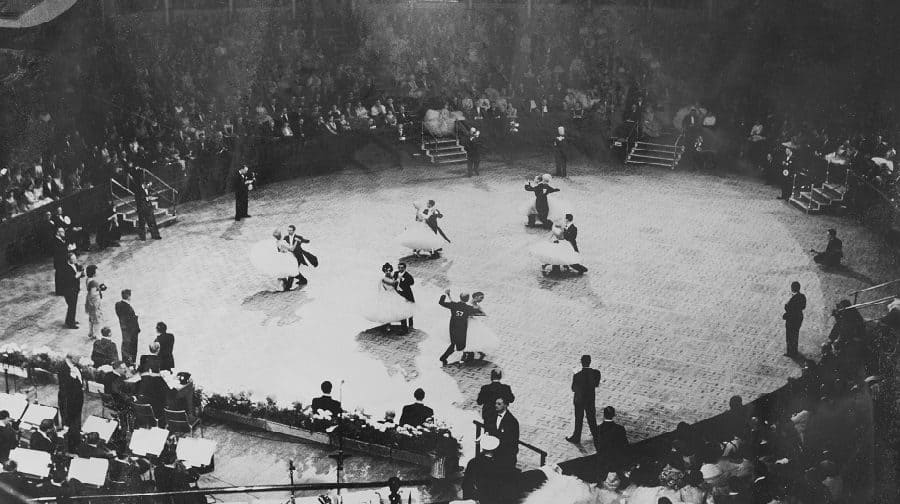 A photo from the International Dance Championships, circa early 60s, showing Burgess and Freeman competing with Bill and Bobbie Irvine Len Goodman, the former Strictly Come Dancing judge, is backing the campaign to get ballroom dancers Bob Burgess and Doreen Freeman recognised with a Southwark blue plaque at their ‘iconic’ dance studio in Dulwich.

The Grafton Ballroom, on Village Way, has received a flurry of nominations from dancers supporting their bid to be crowned 2019’s winner of the Southwark Blue Plaque scheme, run jointly by Southwark News and Southwark Heritage Association.

Since 2010, the building has been leased by Paul Burbedge as a dance studio for beginners and competitors alike and is still producing top talent.

Goodman, who presided over the BBC’s prime time show until 2016, told the News: “I danced many times at the Grafton Ballroom, where I used to practice with my dance partner Cherry Kingston.

“I had regular ballroom lessons with Bob Burgess and once a month they used to hold dance competitions and occasionally we used to go and put on a demonstration for the competitors.

“Bob and Doreen were well-respected, world-famous dance teachers, they were former world ballroom champions and used to lecture and coach all over the world.

“There are many dance locations in the UK worthy of a blue plaque but none more so than the iconic Grafton.

“I sincerely hope it is successful in its bid to be awarded a blue plaque.”