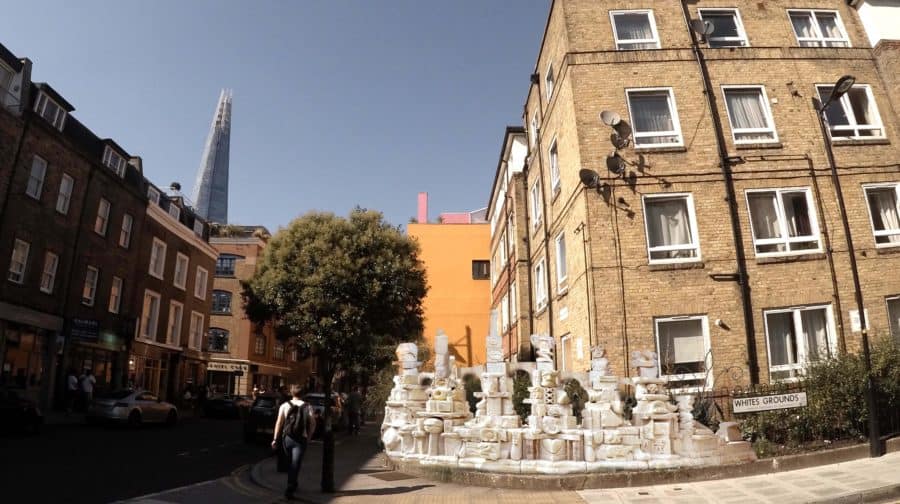 An artist's impression of how the sculpture will look once unveiled

A striking community art project will be coming to Bermondsey Street after a successful ‘all or nothing’ crowdfunding bid.

The Cornerstone project will see a sculpture installed on Bermondsey’s Whites Grounds Estate on the corner of Bermondsey Street, weighing approximately the same as three wooly mammoths.

The crowd funder had to raise £86,000 for the installation to go ahead, with pieces of the artwork being crafted by residents of the estate under the tutelage of stonemason, Austin Emery.

“Thank you so much, everyone, for your support with the crowdfunding campaign for this absolutely unique public art installation,” said residents’ group, Bermondsey Street London.

“The Cornerstone reached its funding target yesterday shortly before the midnight deadline, hurrah! So we can all look forward to a new landmark at the heart of Bermondsey Street.”

Mr Emery, 48, has previously unveiled a structure alongside residents of the nearby Tyers Esate called The Shared.

“Our project helps overcome the divisive challenges of gentrification and the ever increasing social gap within inner-city multi-cultural areas,” he has previously told the News.

“By celebrating our diversity and creating opportunity for life-long established Londoners to work alongside immigrant new-comers, we form bonds based on equality, mutual respect and positive partnerships.”