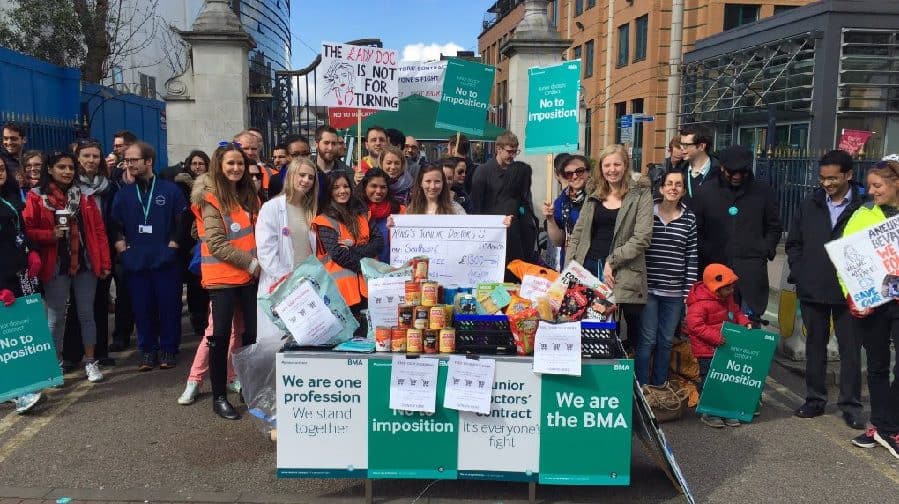 Striking junior doctors from King’s College Hospital donated food and money given to them on the picket line to a Peckham foodbank last week, writes Callum Burroughs…

The doctors undertook industrial action on Tuesday and Wednesday last week in the ongoing contracts dispute with the government.

But the medics, who received plenty of biscuits and other snacks during their time on the picket line, opted to donate their haul to Southwark Foodbank, part of Pecan.

Felicia Boshorin, the foodbank’s project manager, said: “They got in touch and donated food and people started giving money and that’s how it came about.

“It was really humbling to think that while they were going through their own struggles they were thinking of the needs of others.”

Southwark Foodbank has been running for six years and last year served around 4,000 food parcels to residents in need of their services.

They are run mainly by volunteers, with only two paid members of staff within the organisation who are based in Peckham, with those in need referred by frontline services.

Dr Lucy Carter, 32, who organised the donation, knew about the foodbank and wanted to support its work. She said: “It was about doing something positive for the community, for people who need us when we weren’t working. The junior doctors got behind it and it was heart-warming.”

Dr Carter, and her colleagues Patrick Earls and Louise Wade donated around five crates of food and over £300 in funds to the charity.

Last week’s action was the first in a string of strikes in which junior doctors also pulled out of providing emergency care in A&E.