Four students from Ark Globe Academy in Elephant & Castle won a national competition with their affordable housing campaign. It tackles the Elephant Park regeneration project and attempts to make it benefit the already existing community. 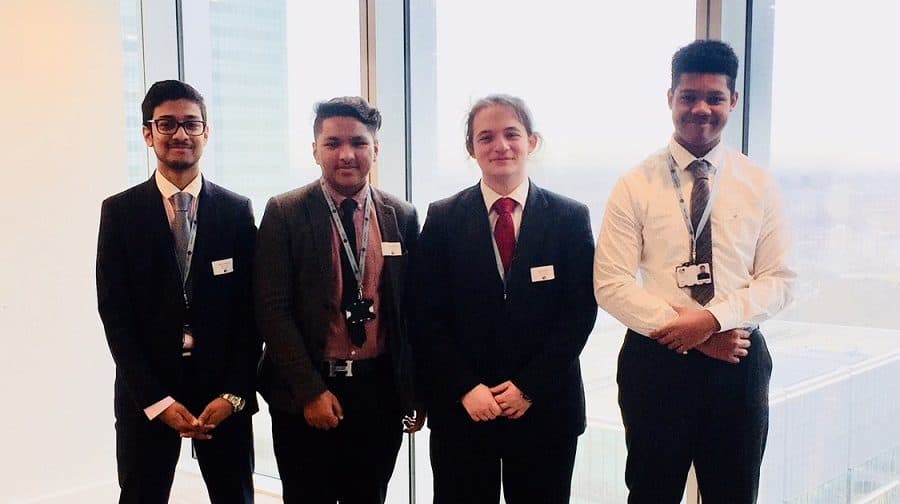 Students from an academy in the shadow of the Elephant & Castle’s £2 billion regeneration have won a trip to America, after lunching a campaign to tackle affordable housing.

The Ark Globe Academy students won the national competition, which was based on creating a campaign to improve their community.

The four students are one of four groups to win and will travel to Washington D.C. this summer.

The competition, Unite US, is run by a national education charity. Students across the country work in teams of four to design a campaign to overcome divisions in their immediate area.

The name of their campaign is ‘Fight for Revite,’ and it targets the £2 billion Elephant Park regeneration project, situated directly across the street from Ark Globe.

Students Murat, Saidur, Irfan, and Monel want to ensure the community is directly involved in the redevelopment process.

They are also calling for a policy change that secures affordable housing for young people, with the online petition here.

The four students from Ark Globe are completely self-organised and speak with local traders, attend council meetings, and coordinate efforts with UAL students.

Since the Elephant Park project is going forward, the campaign aims to work with the redevelopers in order to make Elephant Park benefit the already-existing community.

The team chose the topic since some members have been personally affected.

One previously lived in Heygate Estate, which was demolished to make room for the Elephant Park redevelopment.

Another had to temporarily move to Wales due to the rocketing housing prices in Central London.

‘Going forward, our campaign is about creating a conversation between the community and developers,’ stated Murat. ‘Elephant Park is going to happen, so we need to make sure that it happens in the right way, for the local people.’