The students created their own choreography, costumes and staging 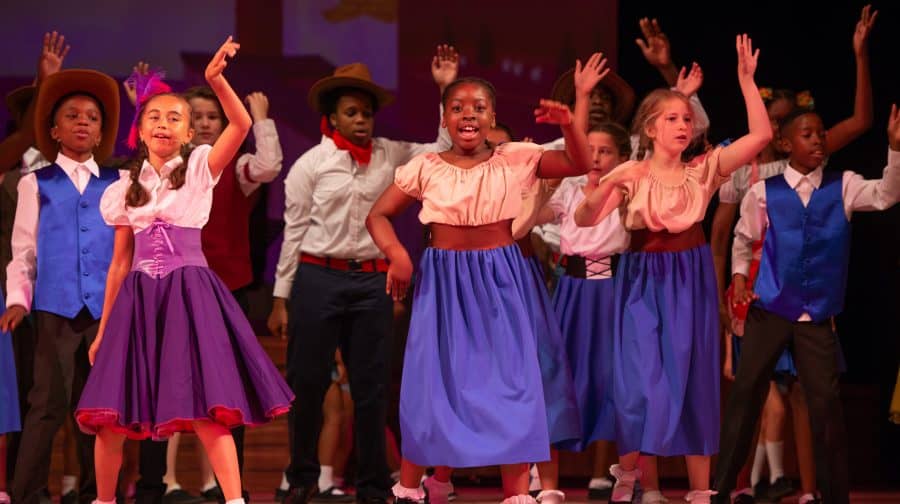 Students from a performing arts academy in Dulwich took over the West End, as they sang and danced their way through a musical at Her Majesty’s Theatre in July, writes Siva Thangarajah…

Students from the Pauline Quirk Performing Academy at Tulse Hill in Dulwich staged the musical comedy ‘Trouble’s a Brewing’, a light-hearted take on a classic Western.

The plot revolves around a town-sheriff who is on the hunt for a group of bandits who have stolen a considerable sum of money.

Around 57 students took part in the musical, who had the freedom to create their own choreography, costumes and staging.

The Dulwich academy principal, Melanie Crouch, said: “The students should be so proud of all their hard work in the run up to the show.

“Their professionalism, their confidence on stage and how they delivered their lines to perfection resembles the work of some of the top West End stage performers.”

The students’ run has now finished, but Her Majesty’s Theatre will have performances from other academy branches next month, with shows in September and October.

As for the Dulwich academy, they are busy preparing for their next big showcase, held in spring next year.

Tickets for performances are on sale through the PQA academy website now.