Audley, who was champion at the 2000 Sydney Olympics, told the pupils to "think big!" 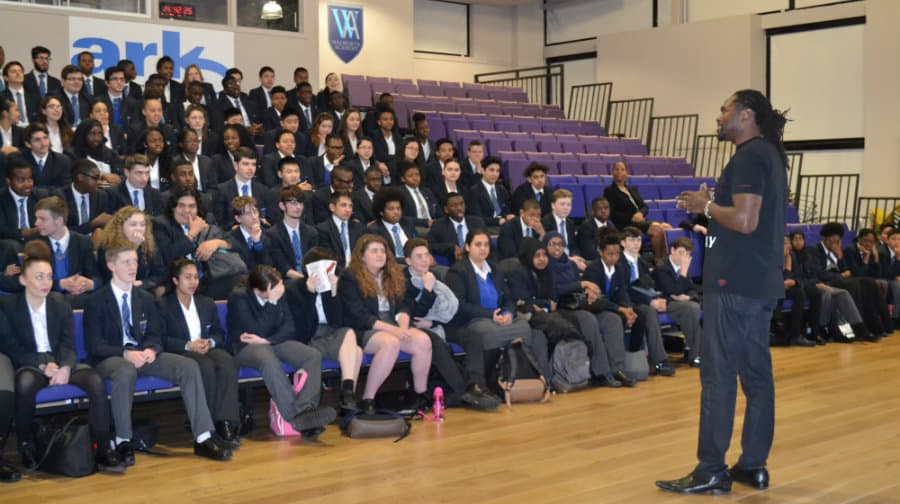 Super-heavyweight Olympic gold-medallist Audley Harrison MBE paid a visit to Walworth Academy on Monday to give pupils the pre-exam pep-talk of their lives.

The six foot six inch champion boxer was met with rapturous applause before giving an inspiring talk to the year-eleven pupils preparing to face their GCSEs next month.

Speaking in the school’s auditorium, Audley, 44, said: “Preparation is the key to success,” and added, “if you tell yourself you can, you will”.

He finished the speech by referencing a piece work by the school’s head boy and girl he had seen displayed by a classroom.

Audley, who was champion at the 2000 Sydney Olympics, read: “Yesterday was your past, so learn from it. Today is the present, so own it. Tomorrow is your future, so write it.”

He finished off by saying loudly, “dream big”.