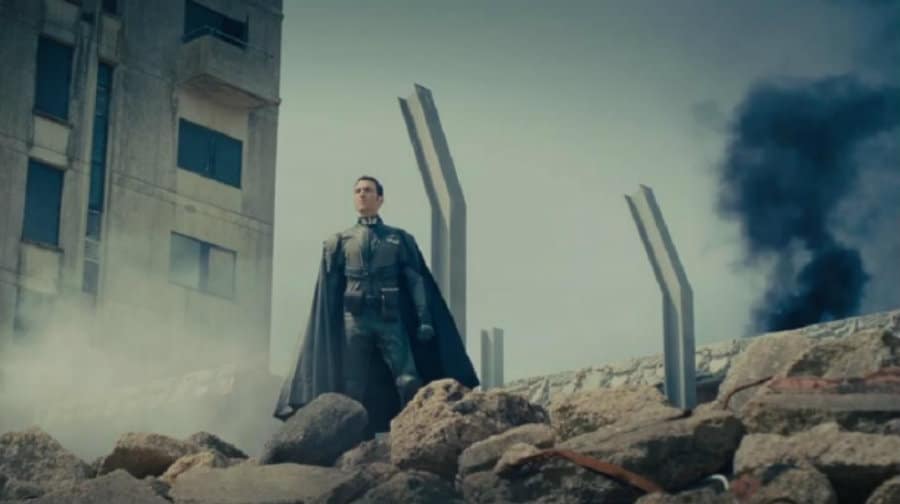 Superbob was just a regular guy from Peckham...until the meteor hit

Forget Metropolis or Gotham City, Peckham is the home of the world’s latest (and most down to earth) superhero.

Rye Lane and the everyday stars of SE15 set the scene for Superbob, a cinematic ‘love letter’ to the area according to Peckham-based director, Jon Drever.

The plot follows Robert Kenner, a mild mannered Peckham postie who was struck by a meteor on the Rye seven years ago, bestowing him with special powers.

Since then he’s become an employee of the Ministry of Defence requiring him and those he rescues to fill out endless forms rating his performance as a superhero. On his statutory weekly day off we see the hopeless romantic walk around his home turf preparing for his first date in six years.

Rye Lane shopkeepers make an appearance as they blank Bob’s cheerful greetings in a scene which actor Brett Goldstein told a Peckhamplex audience on Sunday night, was unscripted.

A Southwark News sandwich board makes a cameo as does the Peckham peace wall and the iconic library.

Superbob then heads down to Curry Cabin in Lordship Lane for his date before the climax of the film sees the world’s media descend on an unnamed care home, where Bob and his lady love are protected by a wall of real-life ‘Peckham people’.

Catherine Tate, who plays steely MoD head honcho, Theresa, took questions from the audience at Peckhamplex, the cinema the film was made for, according to co-writers Jon and Brett.

“It’s my love letter to this area,” said John, whose film production company, Grain Media is based in Honor Oak. “I always shoot round here,” he said.  “It annoys me that when you mention Peckham people still say Only Fools and Horses,” added Jon, who wanted to show off the multiculturalism of his home town.  “I love that you feel like you’ve been to all these different countries and you’ve just been down your street.”

Jon had the idea for Superbob when he was asked to make a film about a local hero and wondered what it would be like if a Superhero came from Peckham. “It’s funny because it’s average. It’s not Metropolis or Gotham City, it’s every day Peckham,” he said.

“You don’t’ get Dairylea Lunchables in New York City,” added Brett, referring to a scene in the film when Superbob takes time out to enjoy the unlikely mini-snack.

Jon and Brett estimated the budget for the independent film, which is gathering more super-fans by the day, was less than the catering bill for the last Avengers blockbuster. Despite it’s relatively small budget, movie magazine Empire rated Superbob four out of five stars, describing Goldstein as ‘enormously endearing’.

If Superbob’s success continues there could be a prequel project in the offing, bridging the six year plot gap between the short of 2010 when Robert Kenner was struck by a meteor and the feature film.

Superbob is showing at Peckhamplex and the Prince Charles Cinema until Thursday October 29. You can also follow @Superbobfilm on Twitter or buy the DVD online for £8.

Southwark NewsNews‘Superbob film is my love letter to Peckham’