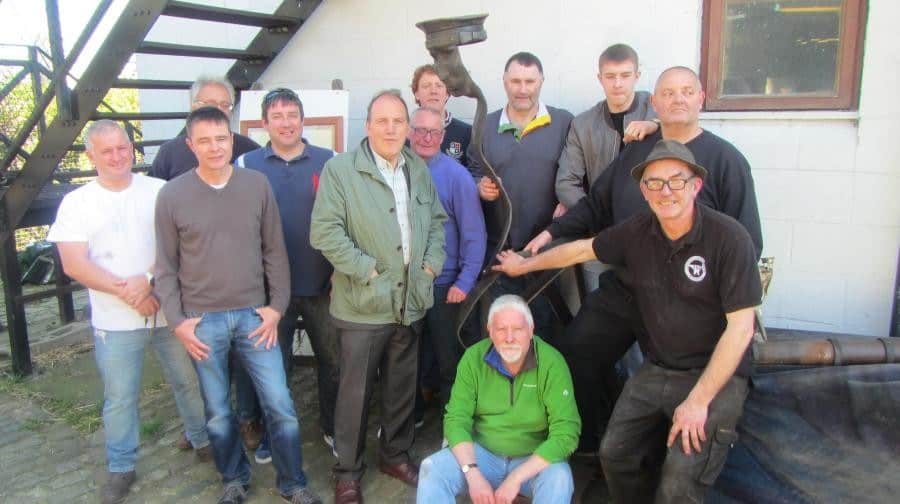 Supporters of World War One hero Albert McKenzie gathered at Surrey Docks last weekend to help create the statue set to be erected in his honour in Tower Bridge Road later this year.

Mr Hughes described McKenzie, who was awarded the Victoria Cross, as a ‘real Bermondsey hero’ and said: “I am proud to have been able to play a small part in helping to commemorate him.”

Paul Keefe, chair of the memorial fund, said: “Simon has been involved since the very start of the Albert McKenzie project and been instrumental in its success. We wouldn’t be at the stage in the project we are today without his help and support.”